But he still approaches each season as he did his first: Trying to catch the coach's eye.

"Just trying to go out and make plays", said the 25-year-old player from Bowling Green. "Show the coaches and the team what I can do."

Few players in team history have made bigger plays than the one Miller made in the NFC Championship Game two seasons ago. It helped put the Bucs in the Super Bowl. Tom Brady hit Miller in the end zone for a 39-yard TD reception as time was running out in the first half against the Green Bay Packers at Lambeau Field. The catch gave the Bucs a 21-10 lead at the half in a game the Bucs won 31-26 to put them on the path to the Lombardi Trophy.

Scotty Miller is the receiver who made that catch. Registered that bit of history. But he can't afford to reminisce. He has too much to prove.

Every day in Training Camp, under the Tampa sun, Miller runs routes as if his livelihood depends upon it. He wants to show the world that he is more versatile than his burning speed would suggest. 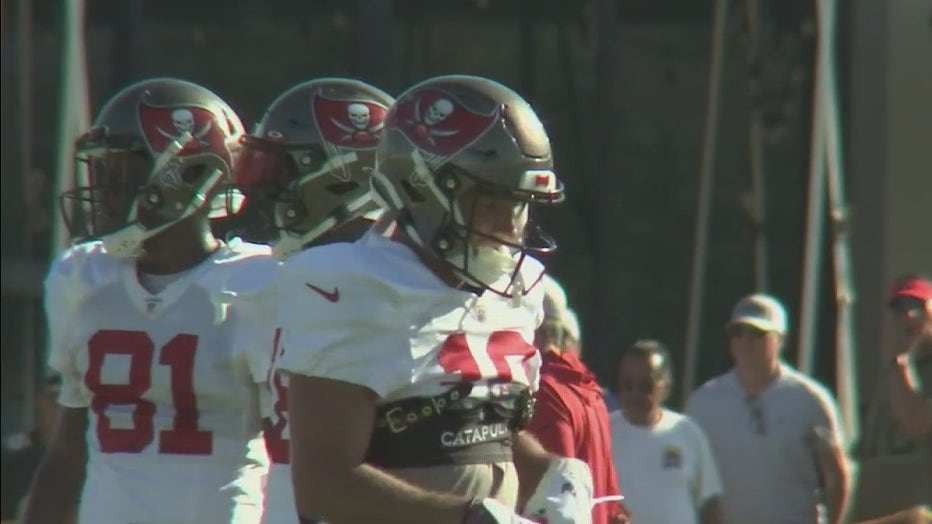 "In college, I played pretty much only in the slot," stated Miller. "I haven't really been able to showcase that for the past couple of years. But this year, they've given me the opportunity to show those things. I think that's the best part of my game: people think I'm just a deep threat because they don't know what else I can do. I’m just trying to show that I'm versatile and can do a lot of different things to help the team."

"I just try to be the best player I can be and I know it's going to work out at some point," he said.