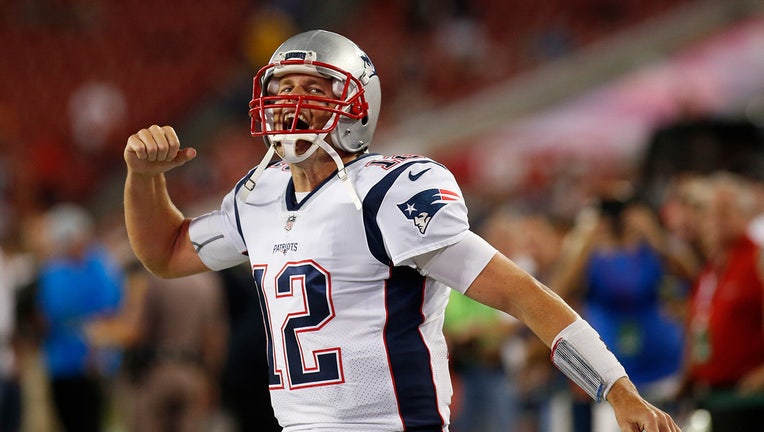 Quarterback Tom Brady of the New England Patriots screams on the field before the start of an NFL football game against the Tampa Bay Buccaneers on October 5, 2017 at Raymond James Stadium in Tampa, Florida. (Photo by Brian Blanco/Getty Images)

After 20 years in New England – a run that includes nine Super Bowl appearances, six of those as champion – Brady announced this morning that he would not re-sign with the Patriots.

San Diego and Tampa seemed the most likely destinations for the future Hall of Famer, but Cowherd – citing an unnamed source – reports that Bruce Arians and the Buccaneers have landed the biggest free agent in years.

“I have somebody telling me this morning – this very interesting – this is not a football source. It’s an icon source. It is somebody in Tom’s stratosphere who knows Tom and is a famous person. And he says Tampa,” Cowherd said. “That’s what he’s telling me.”

Other outlets, including ESPN, have since made similar predictions, again citing unnamed sources, referencing a deal worth $30-million per year. The NFL then seemingly confirmed the news with a cryptic tweet that showed a cartoon version of Brady in a Buccaneers uniform.

The news means the Buccaneers are presumably moving on from Jameis Winston, whom the Bucs took with the first overall pick in 2015. Winston, who won the Heisman Trophy at Florida State, never translated his NCAA success to the NFL.

Winston is also a free agent this year and could still re-sign with the Buccaneers as a likely backup or hit the open market to find another team.

Brady, 42, is coming off one of his least productive seasons in years. He threw for fewer yards and touchdowns in 2019 than he had in several previous seasons. He would arrive with questions about his durability and capabilities as he nears the presumed end of his career.

However, his receiving corps would include Mike Evans and Chris Godwin, who both had success with the erratic Winston.

Off the field, Brady’s arrival in Tampa would likely have an immediate impact on ticket sales. The Buccaneers ranked 30th out of 32 teams in attendance for the 2019 season, officially filling less than 80 percent of their seats at Raymond James Stadium.

New England, meanwhile filled over 99 percent of their seats in a season that – by their standards – was less successful than average.

The Bucs would also benefit from apparel sales. Brady’s jersey was perennially one of the best sellers in the league, and the Bucs are planning to debut new uniforms this spring.

RELATED: The Tampa Bay Bucs ‘heard you’: New uniforms are on the way

Of note, Chris Godwin currently wears the number 12 uniform for the Buccaneers.