TAMPA, Fla. - The greatest of all time gave the Tampa Bay Buccaneers the greatest two years in the team's history.

Tom Brady signed on with the Bucs in March 2020 at the start of the pandemic, shocking the sports world by leaving the winningest NFL franchise for a team with the worst winning percentage in all of sports.

FROM 2020: It's official: Tom Brady is going to be a Tampa Bay Buccaneer

Brady didn't come to be the savior, but he was.

"Nothing is going to be perfect for a long time, but we're going to work our tails off to get it right," Brady said in his initial meeting with the press after becoming a Buccaneer in 2020.

He may have only played for the Buccaneers for a couple of years, but Tom Brady's legacy in the Bay Area, especially on business and marketing, will be felt for years to come.

With the world in a shutdown, Brady quickly went to work, defying the NFL with his own private workouts on the campus of Berkeley Prep High School. The SkyFOX helicopter gave the world its first look via aerial video of the newest Buc building connections with his new teammates, that admittedly were in awe of the greatest to ever play the game.

Tampa is getting its first view of Tom Brady's secret workouts -- and they include Rob Gronkowski.

"The first time he texted me, I had to get double confirmation from other people that it was actually Brady," recalled Bucs tight end Cameron Brate. "He said, 'Hey this is Tom.' We still kind of had to pinch ourselves the fact that we have him at quarterback."

Even with Brady's tireless preseason efforts, it took time for him to get on the same page with Bruce Arian's offensive playbook. 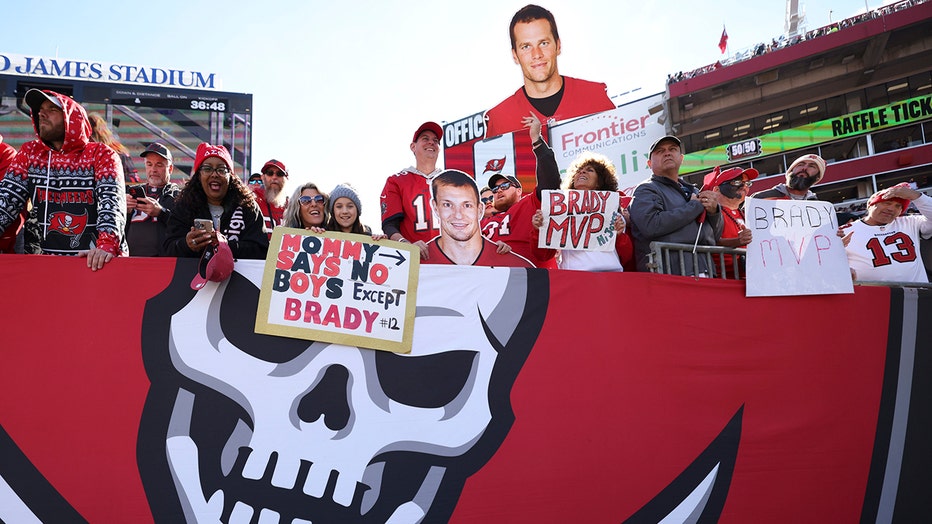 Brady delivered a win in week-2's home opener against the Carolina Panthers. It was his first win as the Bucs' GOAT.

It was also the start of something special – the beginning of belief that the Bucs' chosen one was going to lead them to the Super Bowl.

"This is difficult for me to write, but here it goes: I'm not going to make that competitive commitment anymore," Tom Brady wrote. "I have loved my NFL career, and now it is time to focus my time and energy on other things that require my attention."

There would be hiccups on the way to that destination, like a fourth down memory lapse in Chicago, but it all came together in December with four straight wins, followed by four straight playoff victories, and ending with Brady raising a record 7th Lombardi Trophy on home turf.

He became the first Super Bowl winner to win at home. 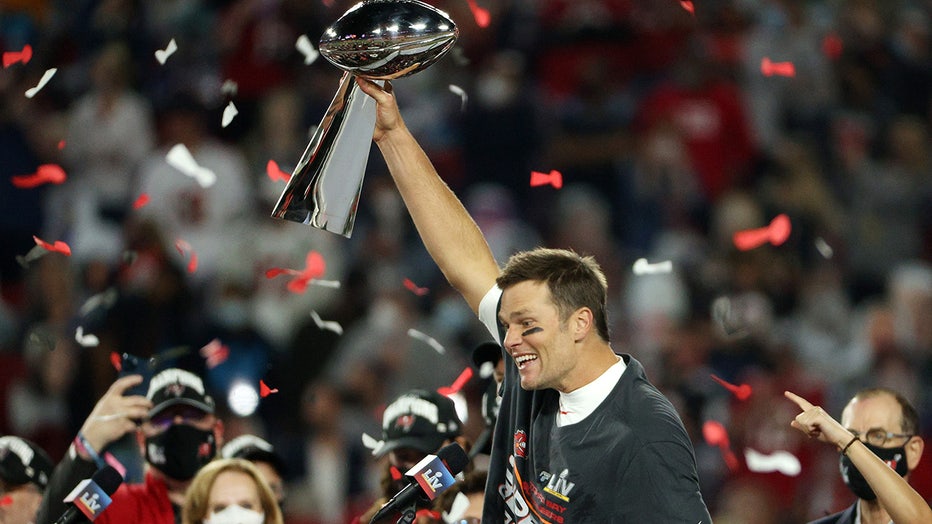 The Bucs are the first Super Bowl winners to bring back all 22 starters since 1979 for a shot at back-to-back titles.

Despite an overwhelming amount of injuries in key starters and a star receiver quitting in the middle of a game, Brady would lead the Bucs to their most wins in a season in franchise history, going 14-5.

However, Brady's Buccaneer career ends the way it started – with loss.

In the middle of it all are two of the most memorable seasons that will forever shine in Buccaneer history.

"I've loved that I've been able to do it for as long as I've had," Brady told FOX 13 Sports during his final week with the Bucs. "I love the game and I love being out there with my teammates. Obviously what we've done here the last two seasons has been a lot of fun for me to learn and grow with these players and our organization."

Growing up Gronk with Chris Gronkowski

One of the Tampa Bay Buccaneers' newest players, Rob Gronkowski grew up with four brothers. One of those brothers, Chris spoke to FOX 13 Sports' Kevin O'Donnell about brothers, sharks, and a house full of boys.