FOX 13's meteorologist Jim Weber gives his final tropical forecast update for the 2022 Atlantic hurricane season. He gives an overview of the storms that formed and made landfall – including Hurricane Ian and Nicole. ‘You can have a quiet season and…it takes one hurricane for it to be a very season.’ The 2023 season starts June 1.

TAMPA, Fla. - On the final day of the 2022 Atlantic hurricane season, Florida officials will be meeting to discuss the impact of Ian and Nicole and the plan to mitigate damage from future storms.

This year’s season fell into the normal predicted range forecast by NOAA, but brought with it two hurricanes, both of which made landfall in Florida.

Alex Keith watch his neighborhood turn to a river, but he didn't sit back and wait for help. He fired up his boat and set out to help others.

Hurricane Ian tied for the fifth-strongest hurricane ever to make landfall in the U.S. – the deadliest storm in nearly nine decades wrought havoc on Florida’s west coast and several other areas as it tore through the state.

Then six weeks later, Hurricane Nicole caused significant erosion and damage on Florida’s east coast as it made landfall as a Category 1 storm. 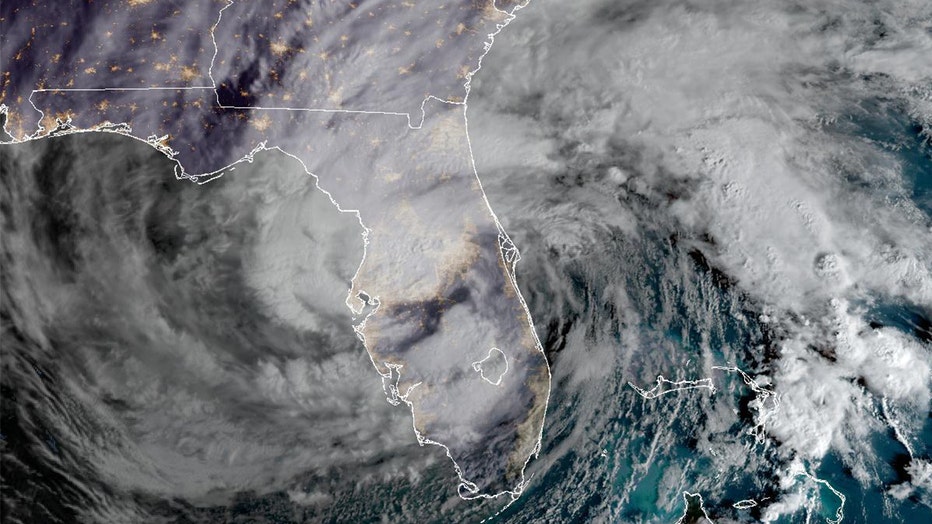 All told, the storms have combined for what some analysts estimate to be between $53 and $74 billion in damage. Now, state officials are looking into potential changes. 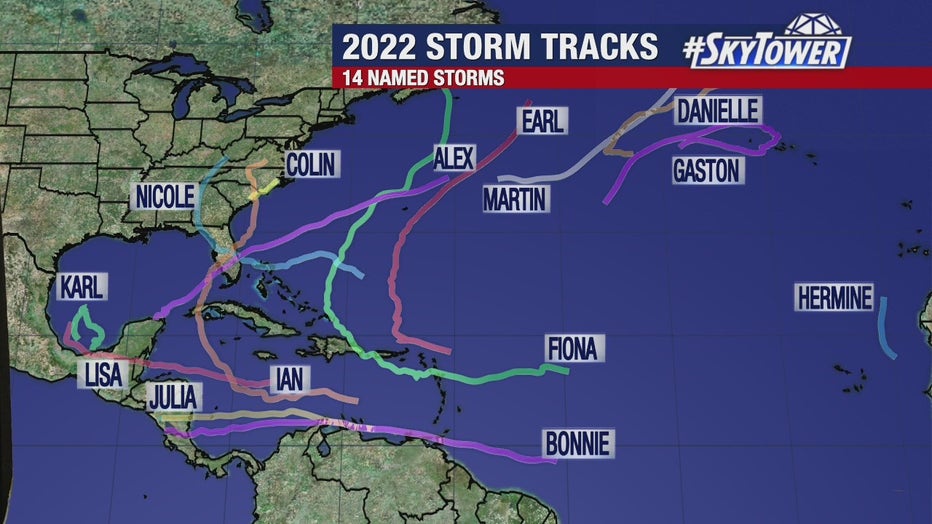 The tracks for each named 2022 storm.

Weather and disaster-relief experts hope the storms will remind people in the future that they need to look beyond forecast cones and potential storm paths and be aware of local flood maps.

"We've got to figure out the storm surge issue and how we communicate storm surge better in the future," he offered, "because storm surge warnings were out from the Florida Keys all the way up through Apalachicola Bay. How do we more effectively communicate watches, warnings, and evacuations around storm surge?"

Meanwhile, state officials estimate it could be some 12-18 months before Ft. Myers and other southwest Florida cities are back to normal.

One of the hardest-hit industries due to Hurricane Ian was the agriculture business. Florida officials say preliminary figures show losses nearly reaching $2 billion.

At the same time, Volusia County residents who lost homes or sustained damage during Nicole are losing patience with the slow pace of recovery there. Local officials said they have neither the authority nor the funds to help repair the beaches and natural barriers homeowners are demanding to protect their private property.