TAMPA, Fla. - Days before Halloween, yet another tropical storm has formed in the Gulf of Mexico. Tropical Storm Olga will likely be short-lived, but still bring heavy rain to the northern Gulf Coast.

As of Friday evening, Olga was located about 260 miles southwest of Lake Charles, Louisiana. It had winds of 40 mph and was moving northeast at 18 mph.

Forecasters say the system will continue moving to the north-northeast as it merges with a passing cold front. 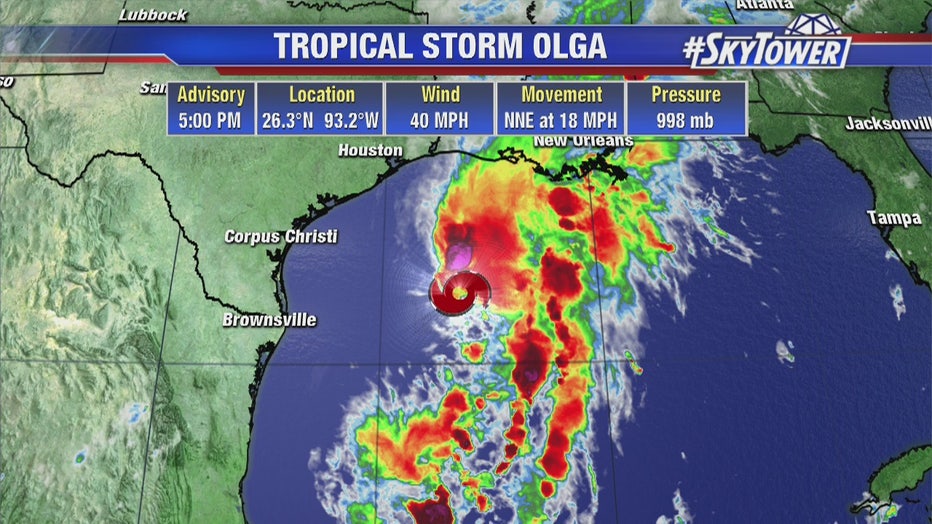 The National Hurricane Center is not issuing tropical storm warnings because Olga will become a non-tropical low at that point. They say other weather warnings will be issued as needed because tropical-storm-force winds extend outward up to 90 miles, mainly to the northeast of the storm's center.

The NHC says 2 to 4 inches or rain should fall across the lower Mississippi Valley through Saturday morning, with as much as 8 inches in isolated areas. 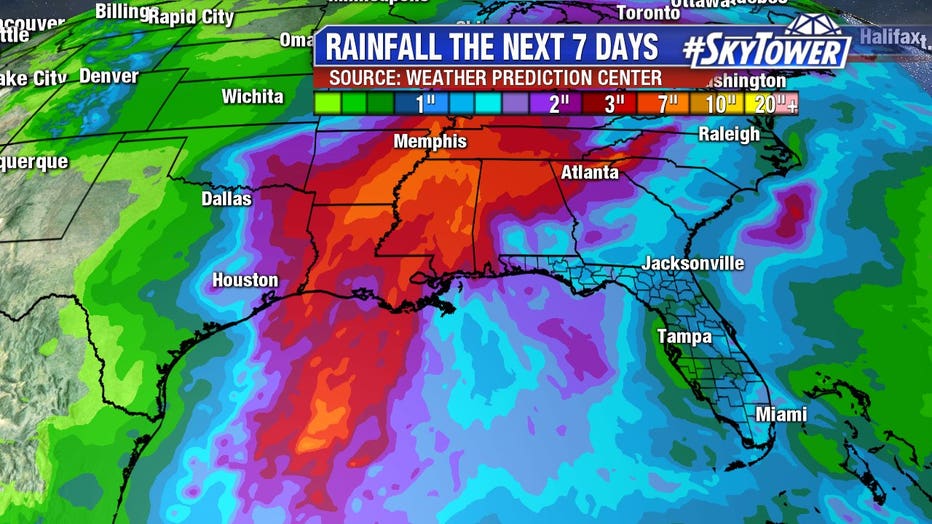 Meanwhile, Tropical Storm Pablo formed way out in the Atlantic, just west of the Azores. The storm is expected to move east-northeast over the next few days, remaining far from land.

While the Atlantic hurricane season continues through November, tropical activity tends to slow significantly after the end of October. 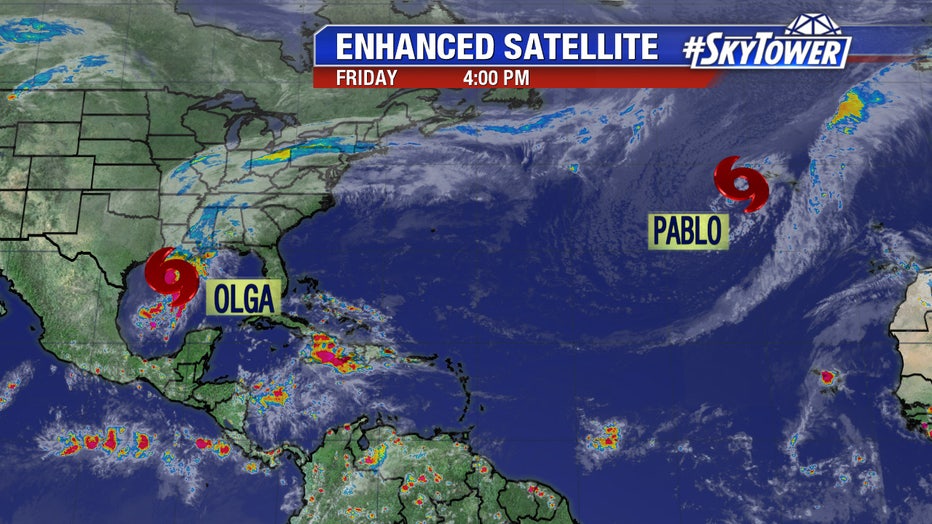