During a meeting hosted by the NAACP of Clearwater, archaeologists said ground-penetrating radar found the telltale signs of forgotten cemeteries: gravelike objects, three to five feet under the ground, arranged in east-west rows.

"Just like what we have seen in other cemeteries we have surveyed," said Rebecca O'Sullivan of Florida Public Archaeology.

They found 70 gravelike objects where the all-Black St. Matthew Baptist Church used to be.

The Frank Crum staffing company allowed the radar sweeps on what is now its property.

Another archaeological team from Cardno Construction announced 54 more graves were found at the former site of the Curtis Elementary School off of Holt Ave., the site of another covered-over cemetery. 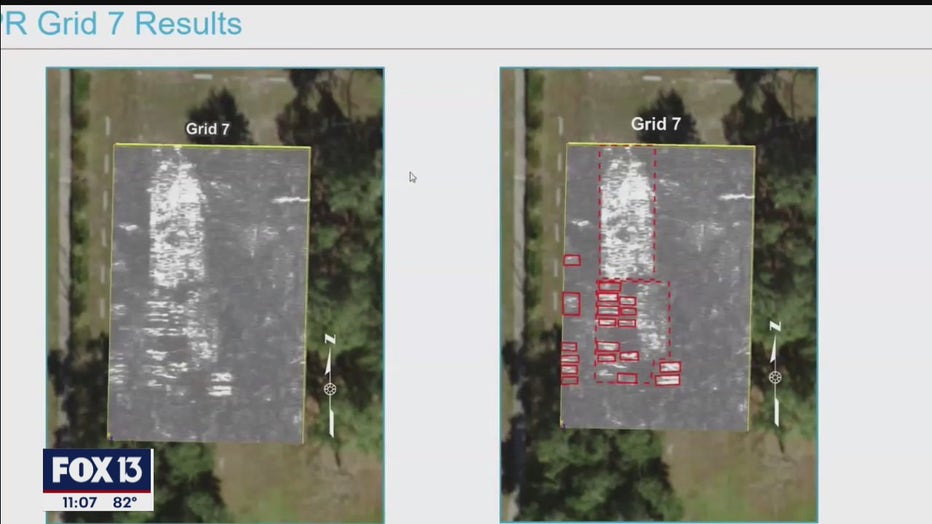 Both were paved over during Florida's segregation era.

"Hopefully this is the start of the community coming together after two communities lost a piece of their culture," said Zebbie Atkinson, the president of the NAACP chapter of Clearwater and Upper Pinellas.

In hopes of not relegating those buried at the two sites to a nameless history, archeologists are looking for clues to match 545 death certificates with the St. Mathew site.

"This is the time you go to your oldest living relative in the area and look through the bible to see where that person was buried," said Atkinson.

The findings are the latest in a string on both sides of the bay, where Black cemeteries that were purposely paved over are being re-discovered.

MORE: Dogs trained to find bodies after thousands of years search for graves of African Americans at MacDill Air Force Base

The Mount Zion cemetery in Tampa was one of the first to be rediscovered last year, followed by a school property and even a section of MacDill Air Force Base.

"The community has been the squeaky wheel that has kept this in the forefront," said Atkinson. "I don't know why it took so long for the 40s to today get this started."