An elderly woman trying to take a photo of a bison at Yellowstone National Park ended up hospitalized after the animal gored her.

MISSOULA, Mont. - Officials have agreed to allow as many as 900 bison from Yellowstone National Park to be shot by hunters, sent to slaughter or placed in quarantine this winter in a program that seeks to prevent the animals from spreading a disease to cattle.

An additional 200 bison among the park’s more than 5,000 bison could be captured or hunted in the late winter if those numbers are met, federal, tribal and state officials agreed in a meeting Wednesday.

Bison routinely leave Yellowstone and head north into Montana each winter, raising concerns that the animals could spread brucellosis to cattle. Brucellosis is a bacterial disease that can cause cows to abort their calves. The disease can spread to people but is rare in humans in the U.S. 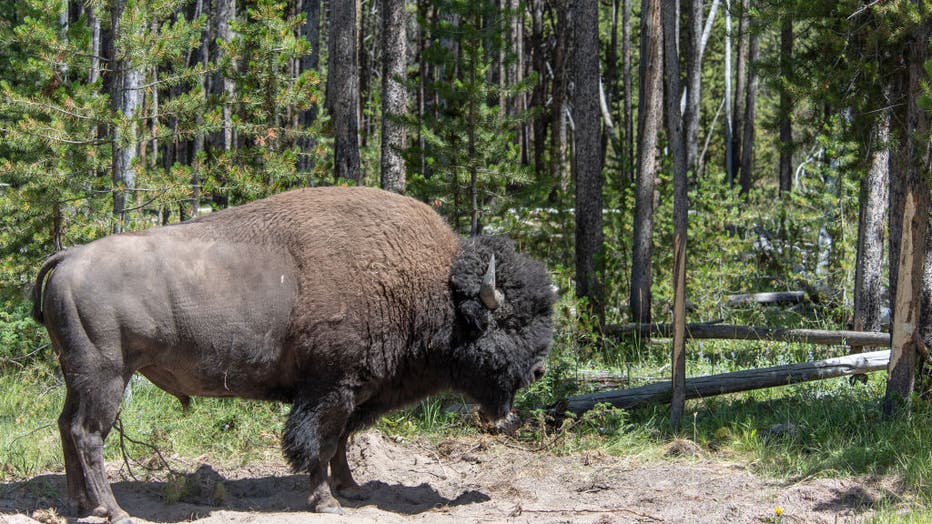 Elk have spread the disease to livestock but there are no documented cases of bison spreading brucellosis to livestock in the wild, the Bozeman Daily Chronicle reported.

Yellowstone currently has around 5,450 bison, on the high end of recent counts, according to park biologist Chris Geremia.

Removing 600 to 900 bison this winter should cause the population to stabilize or decline slightly but increase back to around current numbers after spring calving, according to park officials.