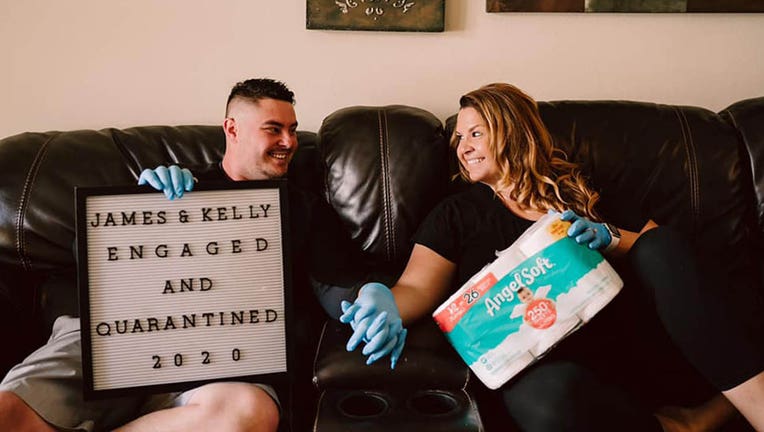 TRINITY, Fla. - The coronavirus has derailed many people's wedding plans and vacations, including one Pasco County couple.

James Dillon and Kelly Whalen, who reside in Trinity, were planning to take a trip to Las Vegas, but canceled it as businesses began closing and officials began telling people to practice social distancing.

Little did Kelly know, James was planning to propose during their Vegas trip -- and he didn't want to wait.

The night before they were originally scheduled supposed to depart, Kelly walked up the stairs at their home and found James waiting on one knee with a ring in his hand.

He said, in part, "I know this isn't what you deserve. I don't want to spend another minute or day not engaged or married to you." 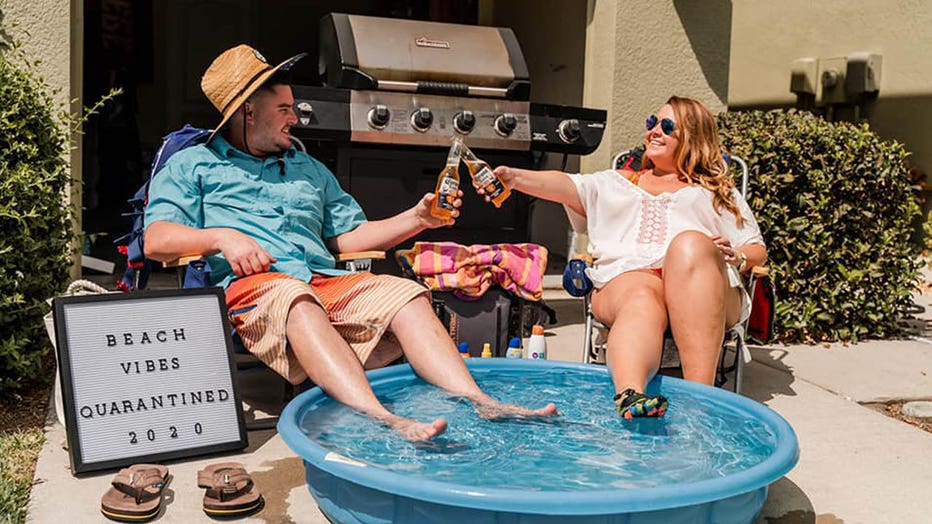 That followed with a creative photoshoot they called, "James and Kelly, Engaged and Quarantined."

Fabian Photo and Films helped the couple with their socially distance photoshoot. Most photos were taken from their bed and they were surrounded with quarantine must-haves like toilet paper, sanitizer, alcohol, snacks and games to keep them busy.

James and Kelly were dating for more than three years before their engagement.

"It wasn’t an elaborate Vegas proposal, it wasn’t glamorous, but it was OURS, and in this crazy insane time," Kelly wrote in a Facebook post, "it was ONE thing that actually made sense, and good lord, if I have to be quarantined with anyone it’s this guy." 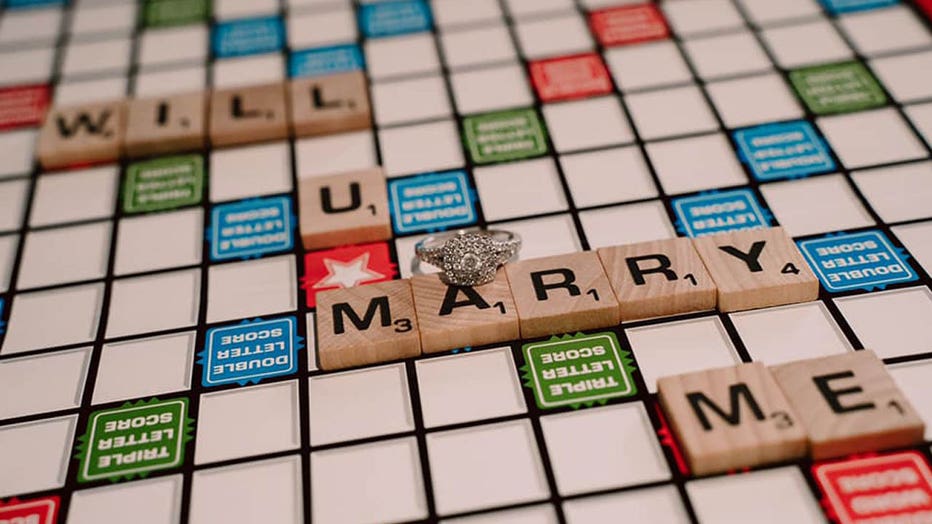 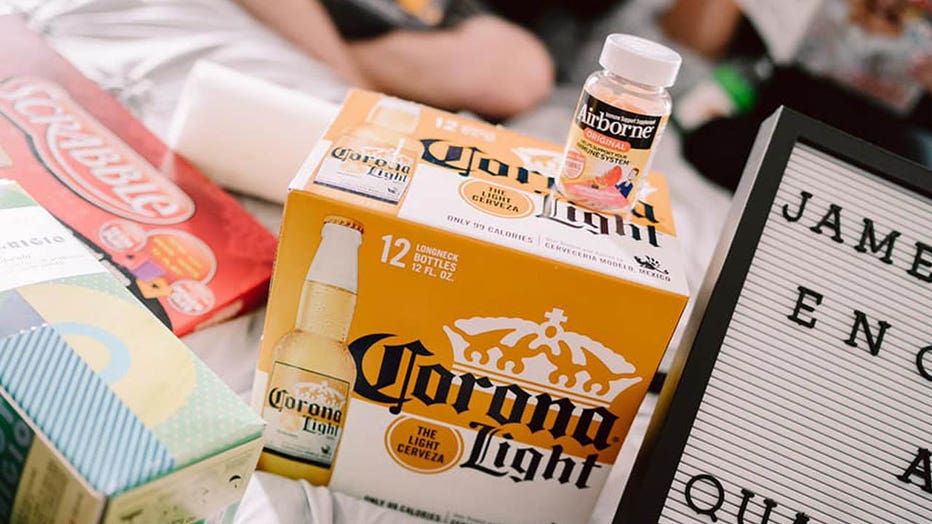 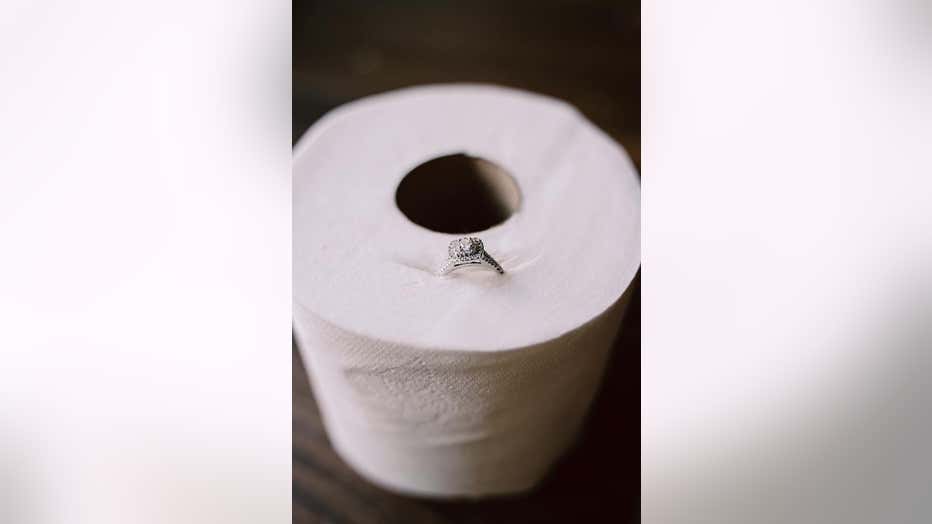 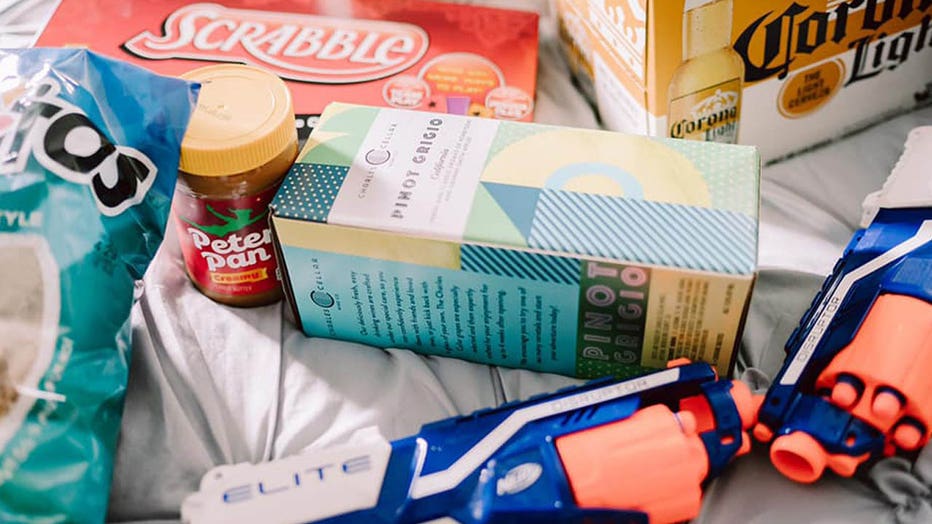 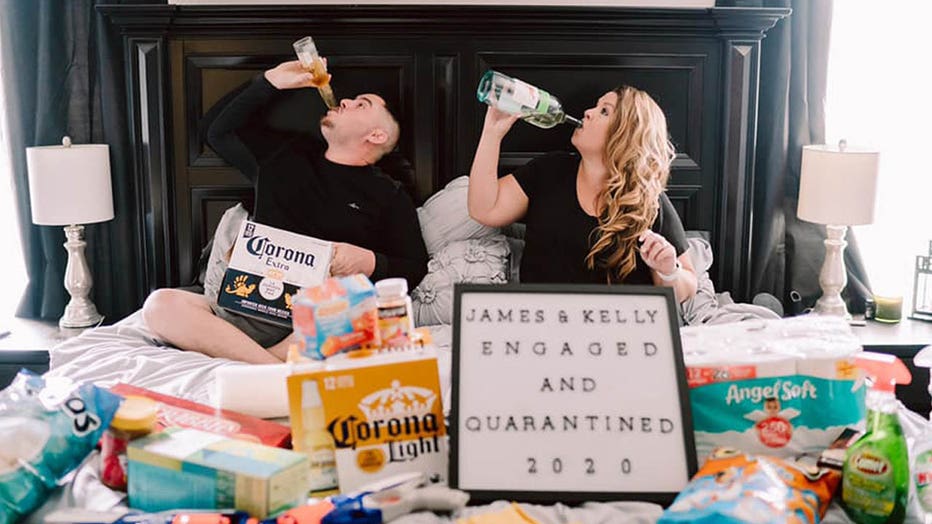