TAMPA, Fla. - Following the most successful sports year in the region's history, Tampa has now been named the best sports city in the country by a national publication.

The Sports Business Journal focused largely on Tampa Bay's winning teams: the Lightning won back-to-back Stanley Cup titles; the Buccaneers won the Super Bowl, becoming the first to do so on their home field, and the Rays continue to be the class of the American League East.

That's only part of the Journal's metrics.

"Tampa did more than just burnish its growing reputation as a city of champions," the report states, "it also hosted two of the sports industry’s biggest events: WrestleMania 37 and, of course, Super Bowl LV." 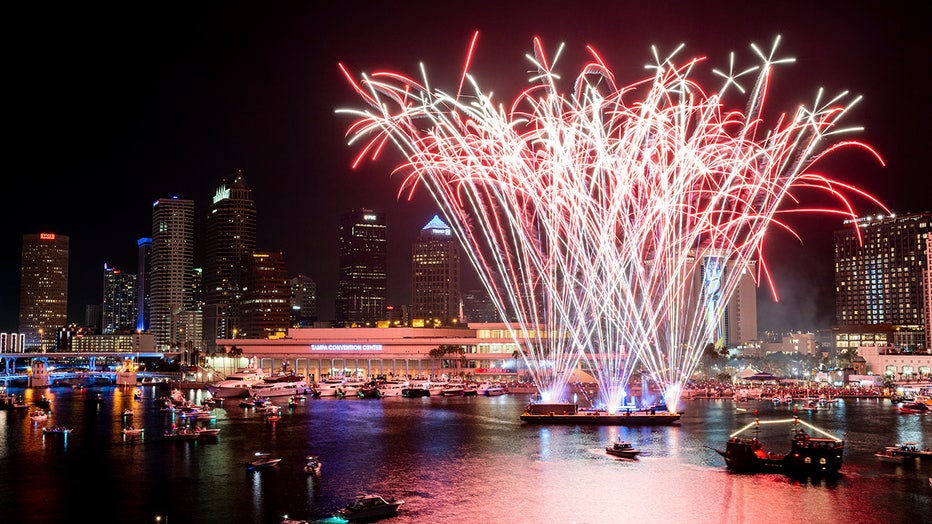 General view of a fireworks display in preparation of Super Bowl LV on February 06, 2021 in Tampa, Florida. (Photo by Douglas P. DeFelice/Getty Images)

Tampa Mayor Jane Castor wasn't at all surprised to find out about the honor.

"It's the place to be," Castor said. "It shouldn't be a surprise to anybody with having won the Super Bowl, two Stanley Cups, having the Rays almost make it to the World Series and then all of our championships on the collegiate and high school level as well."

Castor also pointed out the University of Tampa women's volleyball team and Jesuit High School's football team both won titles this year too, neither of which were mentioned in the report.

The region was also the temporary homes for the Toronto Raptors and Blue Jays, who needed places to play part of their seasons due to the pandemic.

The Journal commended the region for hosting major events under such challenging circumstances and doing so with the safety of fans in mind.

"It's more meaningful also during the pandemic because everybody's been through so much," Castor said. "To have the ability to come together and cheer on your winning home team is something incredible." 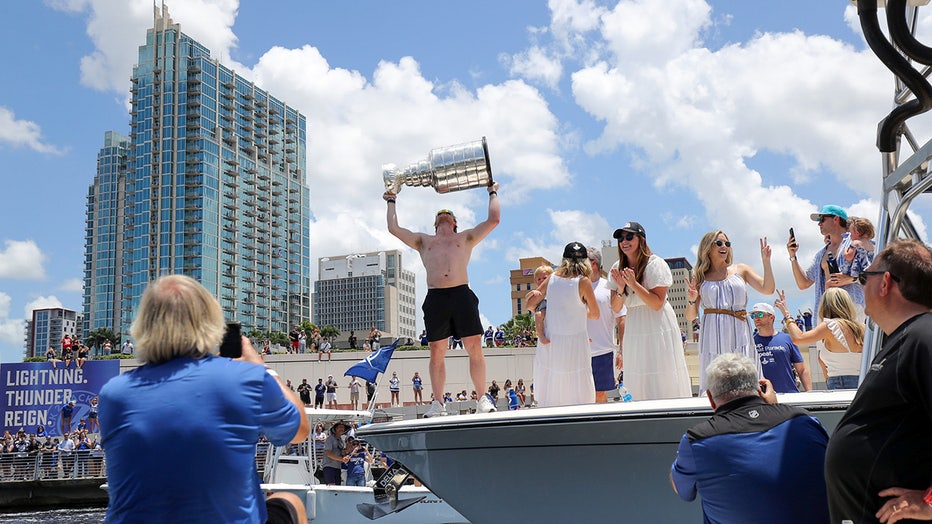 Blake Coleman of the Tampa Bay Lightning raises the Stanley Cup during the boat parade to celebrate the Stanley Cup July 12, 2021 in Tampa, Florida. (Photo by Mike Carlson/Getty Images)

RELATED: Who are the Tampa Bay Bandits? The most popular USFL franchise returns

Santiago Corrada, president and CEO of Visit Tampa Bay, which is the city's tourism agency, explained what the sports success has done for the city.

Tampa is now preparing to close out the year by hosting one more large sporting event: the Gasparilla Bowl, which will feature the Florida Gators and UCF Knights. Then Penn State and Arkansas meet in the Outback Bowl to kick off 2022.