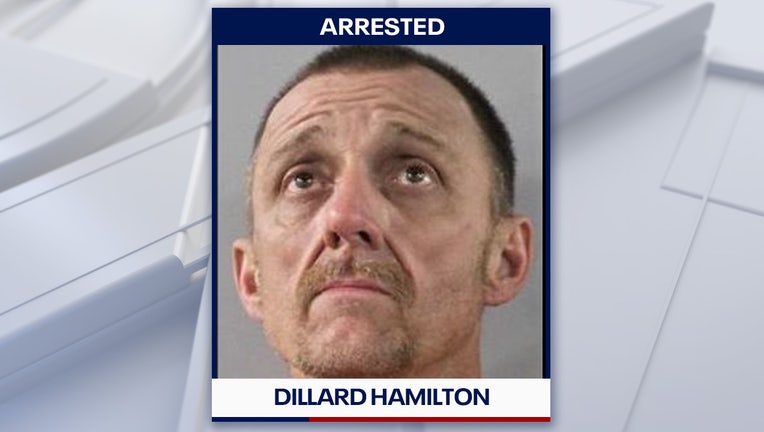 LAKELAND, Fla. - Polk County deputies said they rescued a man who fell into a creek on Tuesday night and was suffering from hypothermia. Later, they learned he was wanted on warrants and was arrested when released from a hospital.

Before 8:30 p.m. deputies arrived in an area near Dawn Heights Drive in Lakeland after receiving several callers reporting a man screaming for help in the wooded area. With the help of the sheriff's office helicopter and drone, they found 52-year old Dillard Hamilton. The Auburndale man was chest-deep in a creek and clinging to a tree, officials described in a news release.

"Hamilton was shivering, moving very slowly, and appeared confused as deputies rescued him from the water," according to the sheriff's office. "He told deputies that he had been walking in the woods when he got lost and fell into the creek, and estimated that he had been in the woods for about 6-7 hours prior to being located."

Polk County paramedics said his body temperature was at 84 degrees and he was taken to a hospital to be treated for hypothermia. While there, deputies said Hamilton was being uncooperative with the medical staff and refused treatment.

Meanwhile, deputies discovered he was wanted on warrants in Polk County for burglary and grand theft charges.

They said as soon as Hamilton was released from the hospital, he was arrested.

"Deputies did a fantastic job with this rescue, and despite the conditions, they were able to locate Hamilton and pull him to safety rather quickly," Sheriff Grady Judd said in a statement. "Given his condition, they probably got to him just in time. We are also looking into why he was out there in the first place. He has a history of burglaries and thefts, so that is being investigated."