LAKELAND, Fla. - Nearly two months after deputies arrested the driver involved in a deadly DUI crash, Polk County investigators said they made a second arrest after a woman gave her car keys to her friend, knowing she was intoxicated.

On Wednesday, Polk County deputies said they arrested 45-year-old Michelle English, a Brandon woman, for culpable negligent manslaughter. They said on November 24, English and 47-year-old Lucretia Bruno were together.

The sheriff's office provided the following timeline on what occurred that day:

"Security video shows that while Bruno attempted to pay for the item, she was unstable on her feet, was swaying, and had difficulty paying with her credit card," according to a news release from the agency. "The clerk, recognizing that Bruno appeared to be very intoxicated, attempted to take Bruno's car keys from her, but Bruno pulled them back from the clerk's hands." 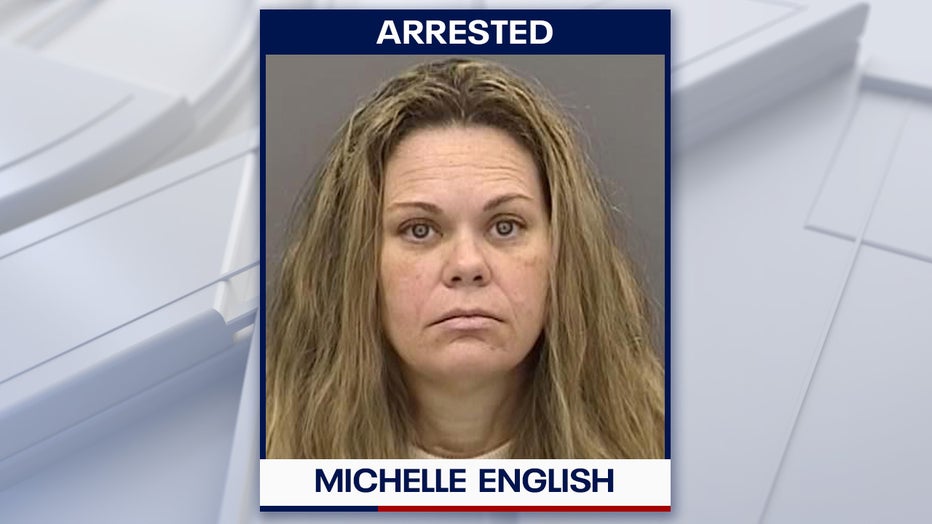 Then, detectives said Bruno entered the gas station bathroom where she dropped her keys. She returned to her car without them. Meanwhile, another customer found the keys and turned them into the clerk at the register.

A store employee contacted the Lakeland Police Department and explained their interaction with Bruno, saying she was intoxicated. Officer arrived and found Bruno. They said she had vomited on herself. She wasn't arrested for DUI since she didn't have her keys and officers were "unable to show evidence of her being in control of the vehicle."

Those officers contacted English, who said she would agree to pick up Bruno and drive her home, according to Polk County detectives. The Lakeland officer watched as English and Bruno left the Wawa parking lot in English's vehicle.

"A few minutes after the LPD officers left the parking lot, a witness observed English returning to the store parking lot with Bruno. Bruno exited the vehicle and went to her car where she sat in the driver's seat," according to the Polk County Sheriff's Office. 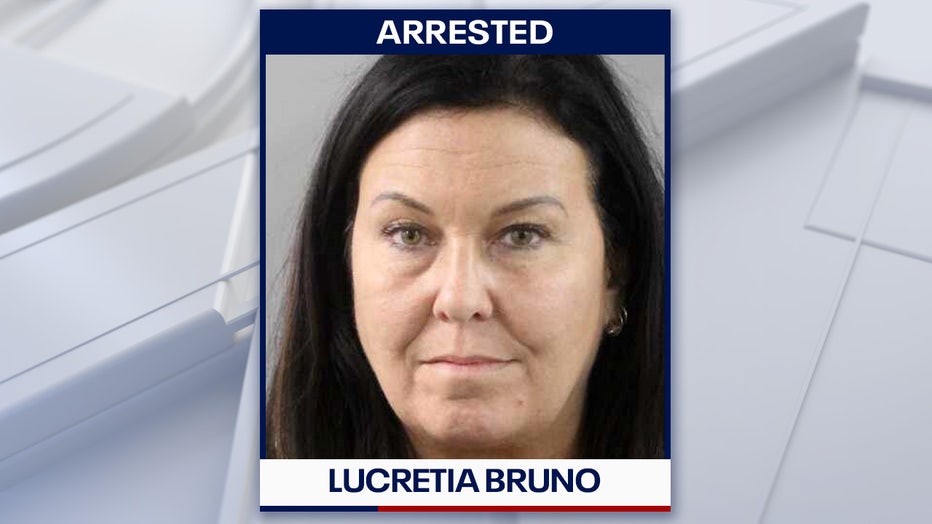 English entered the store, retrieved Bruno's car keys, and handed them to her, detectives said.

"The clerk thought English was picking up the keys to retrieve the car, not realizing English was going to give them to Bruno and allow her to drive," officials noted in their report. "English, knowing Bruno was intoxicated and after being told by LPD officers Bruno could not drive, gave Bruno the car keys and watched as Bruno drove her car from the store."

Detectives said nine minutes and seven miles later, Bruno was driving on Interstate 4. Around 8:45 p.m. a pickup truck and car were pulled off to the side of westbound I-4 after getting into a minor crash not far from Kathleen Road. The drivers had already exchanged information and were preparing to pull out when Bruno's white Ford Fusion began swerving toward them.

She crashed into the driver of the truck, a Holiday man, killing him. Detectives have not publicly identified him.

"Both of these women are responsible for this senseless death. If English had been a good friend she would have never let Bruno behind the wheel of a vehicle," Sheriff Grady Judd said in a statement. "Instead, nine minutes and seven miles after handing her intoxicated friend the keys to her car, a man's life was needlessly lost."

During a Thursday afternoon press conference, Judd said this was the first time in the history of the sheriff's office that they've brought this charge on this set of circumstances.

"[English] directly contributed to the death of our victim by allowing Ms. Bruno to have those keys and to drive away from the Wawa station despite the fact she was intoxicated, she was smashed, she was ripped, she was drunk, she was everything you could think of," the sheriff said. "[Bruno] was not just intoxicated, she was rip-roaring drunk. She was a 0.207 on the breathalyzer that night, hours after the crash."

English was arrested and taken to Hillsborough County Jail. She will eventually be transferred to the Polk County Jail.