TAMPA, Fla. - The Hillsborough County sheriff says a total of 72 rounds were fired by the shooting suspect who arrived at a Brandon car wash on Thursday, nearly hitting a deputy in her patrol car.

"This was an active shooter," Sheriff Chad Chronister said Thursday. "He had the intentions of inflicting injury, even death, on whoever one of those bullets struck. That’s 72 opportunities to kill or seriously injure somebody in our community."

He said who is scheduled to have his first court appearance today, had at least two firearms, but detectives are still trying to obtain a search warrant to search the van he arrived in.

No one was hurt during the incident and after nearly an hour of tense negotiations, surrendered to deputies. Officials say he was having a mental health crisis. 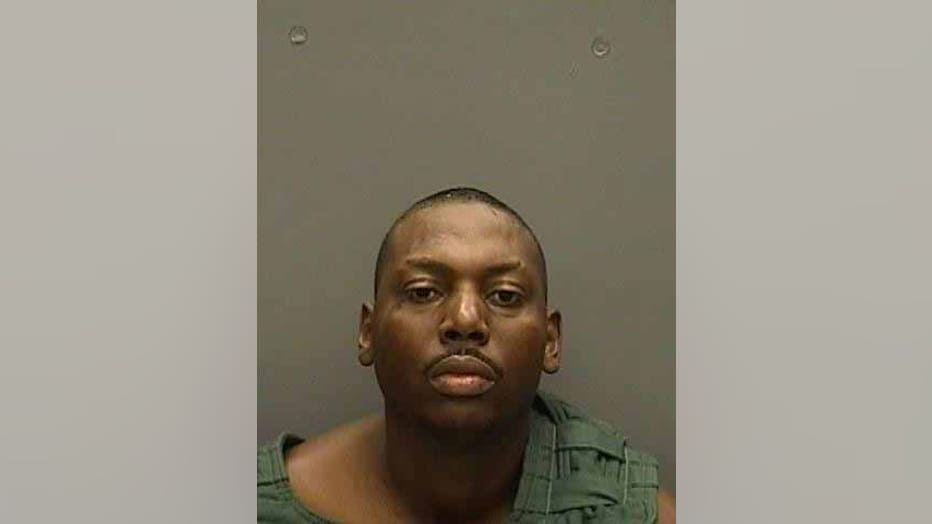 "I was so elated and relieved that no one was injured yesterday," Chronister said. "He made no comments afterwards. Only stuck to his intentions that he was unhappy with his treatment for his mental health crisis he had at a local hospital."

Witnesses told FOX 13 Lighty showed up to the Washed Up car wash on Thursday afternoon and began harassing customers. Lighty captured the start of the incident while live-streaming on Facebook. In that video, Lighty is seen arguing with an employee who tried to get Lighty to leave. That man, Laz Hernandez, one of the employees, said Lighty then pulled out a gun

"He came in. He was harassing one of the customers. I went over there to stop him from doing that. He didn't take kindly to that," said Laz Hernandez, an employee who is seen in the video.

Then, Hernandez said he was three feet away from a gun.

"He had it in a holster on his waistband. He pointed it at me and said, ‘I don’t want to shoot you.’ [He] put it back, pulled it out again, and then eventually ended up shooting next to my head," said Hernandez.

SkyFOX view: Man in custody after gunfire reported in Brandon

The view from SkyFOX showed deputies swarming a man at a Brandon car wash, then later loading him into an HCSO truck.

Hillsborough County deputies were on the scene in minutes.

"As they got a little closer, the three of them, he sees them and fires several shots, trying to strike them," Sheriff Chronister said. "[He] fired so many shots that he had to reload his gun, drop the magazine and reload his firearm."

At some point, the sheriff says the 35-year-old got back into his own car and called 911, complaining to dispatchers about mental health treatment he’d received. A crisis negotiator on the line eventually helped convince Lighty to surrender peacefully.

Full press conference: Hillsborough Sheriff on arrest of suspect who opened fire on deputies in Brandon

Hillsborough Sheriff Chad Chronister details the takedown of a gunman who opened fire on deputies at a car wash on a busy Brandon road Thursday afternoon.

Lighty is facing several charges including three counts of attempted murder on a law enforcement officer.

"Everyone knows that I’m the biggest advocate when it comes to mental health treatment, getting those individuals in our community the help that you need," Chronister explained. "But that certainly not for a fraction of a moment justifies what this individual did today by trying to murder three of our deputies that were doing nothing but trying to protect our community."

Deputies said Lighty is getting mental health help while he’s in jail.

The man accused of shooting at Hillsborough deputies allegedly went on a Facebook Live rant and then shot at a car wash employee.