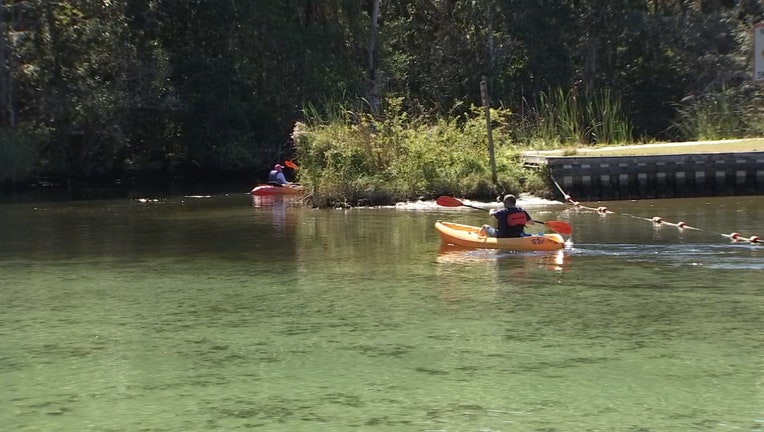 WEEKI WACHEE, Fla. - Governor Ron DeSantis made it official: The city of Weeki Wachee is no more.

Governing of Weeki Wachee will now fall on Hernando County.

Conservationists have been asking for this for years. Back in November, Shannon Turbeville told FOX 13 News that there was a conflict of interest in the city's elected leadership.

Those elected leaders were also employees of the state-run Weeki Wachee State Park, meaning, those entrusted with promoting the park as a tourist destination were also responsible for protecting the park's environment.

The city and county have taken action over the past few years to curb the impact of kayakers and paddleboarders.

In February, Hernando County discussed how to manage the number of people entering the Weeki Wachee River each day; only 280 were supposed to be allowed, but some days, as many as 900 were being allowed in.

The previous year, the state took over management of how many kayakers were allowed on the river each day because city officials were not.

An official with the Department of Environmental Protection said dissolving Weeki Wachee's city government will not change anything at the park.

“Regardless of what direction this goes... the park is open every day for our visitors,” said Barbara Goodman, with DEP.