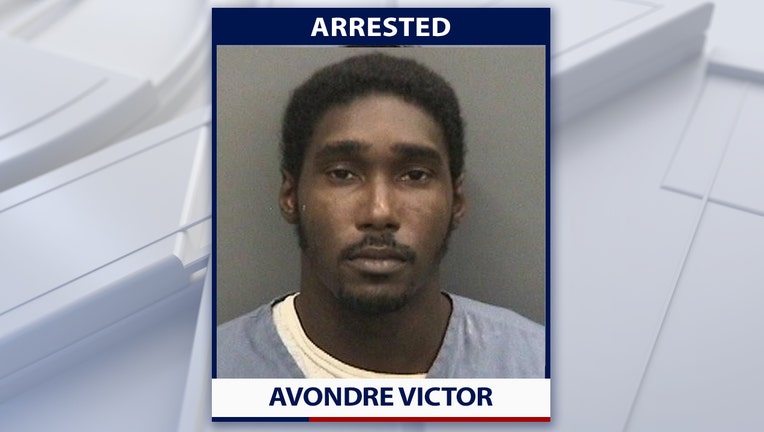 Deputies say Victor pulled out a gun and shot two people as they ran to the door during a verbal altercation inside the barbershop.

Both victims suffered gunshot wounds but were able to run next door to the Sunshine Animal Hospital, where staff rendered first aid until they were taken to an area hospital.

Deputies say following the shooting, Victor fled from the barbershop in his 2004 green Ford Explorer and headed east on W. Waters Avenue. According to HCSO, Victor later crashed his vehicle into a sign near the Amscot located at 7250 W Waters Avenue.

After the crash, deputies say Victor continued fleeing on foot and shot himself in the leg at some point. It is unclear if the shooting was intentional or accidental.

READ Man accused of murdering Venice housekeeper had over 30 prior felony arrests; why was he out of jail?

Deputies later located him in the drive-through lanes of the Bank of America located at 8320 Hanley Road, where he was taken into custody and to an area hospital for treatment.

"This suspect is a convicted felon and is no stranger to jail time, which he will again face following today's shooting," said Sheriff Chad Chronister. "He has shown a blatant disregard for human life and is facing charges of aggravated battery and felon in possession of a firearm as a result of his unlawful actions. I want to commend our detectives who pieced together what happened today from two separate scenes."

Victor is facing charges of felon in possession of a firearm and two counts of aggravated battery great bodily harm and deadly weapon.