TAMPA, Fla. - COVID-19 infections are trending up in Florida as the contagious delta strain of coronavirus spreads, and Tampa Bay area doctors said they’re seeing more people coming to the hospital with the virus.

The Florida Department of Health reported 23,747 new cases Friday, up from 16, 031 last week and 11, 804 two weeks ago. Some of the people getting infected landed in the emergency room. 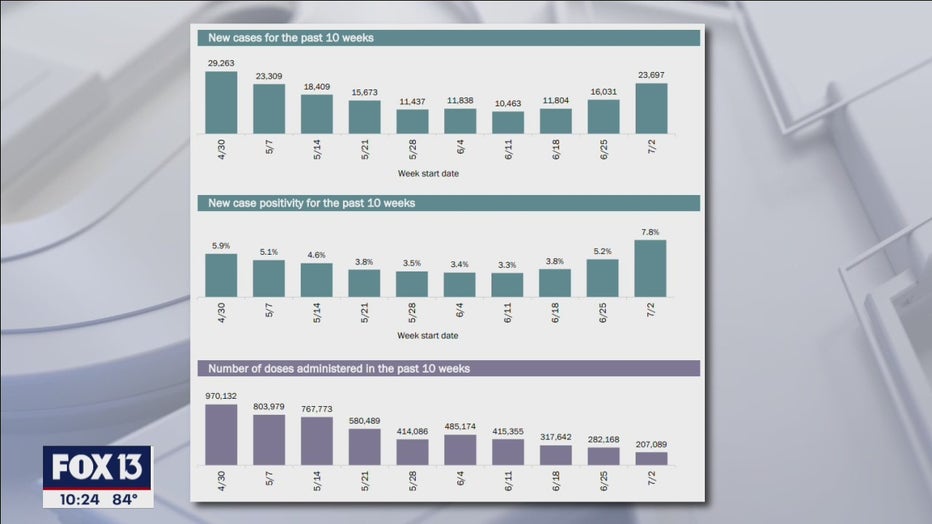 As they treat patients, doctors are learning about the delta strain, and Dr. Ross said AdventHealth’s hospitals in Orlando got some numbers. 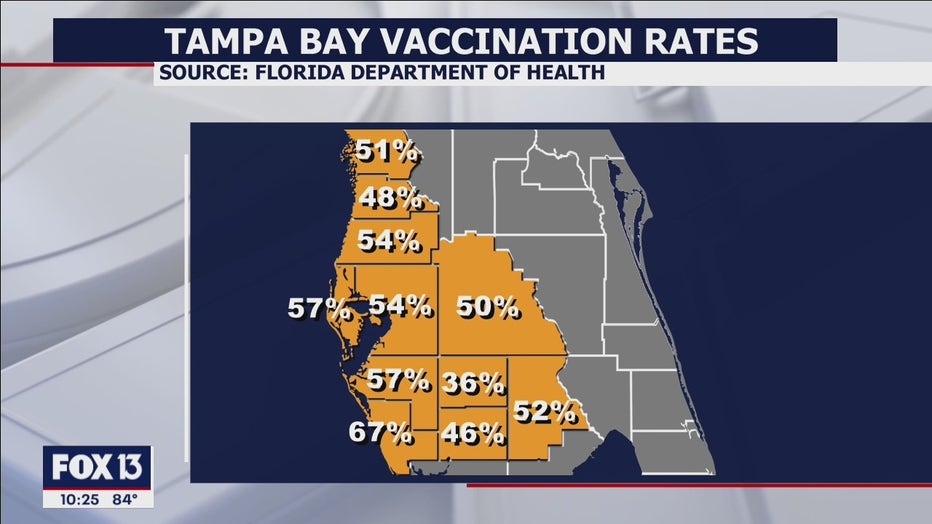 Doctors shared a message for anyone without the shot.

"I was speaking to one of our emergency room doctors today. She was very passionate about the sense that these people who come in and need hospitalization would avoid the hospitalization had they been immunized. And I concur," said Ross. As the delta strain picks up, Ross added, "I think that should be strong evidence to compel people to become vaccinated."

Dr. Ross said he understands people’s concerns, but he believes the benefits outweigh the risks.

"I would say to you that if you're not vaccinated, you need to continue to do what we were doing for months, which is really maintaining a mask, maintaining social distancing, not being in large groups and then washing your hands frequently, really just being compulsive about not getting COVID."