SARASOTA, Fla. - It was a packed house at the Sarasota County school board meeting Tuesday evening as board members weighed whether to terminate Superintendent Brennan Asplen.

A new school board with a conservative majority was sworn in last Tuesday. At that meeting, a motion was put forth to hold a special meeting to discuss Asplen's termination.

During the meeting tonight, no vote was taken, but the board approved a motion to begin severance negotiations with Asplen. Cheers of support for the superintendent could be heard outside tonight's meeting.

"Do we still have issues in this school district? Yes, but he’s done a fairly good job at moving us through them in a very, very difficult," Derek Reich, a teacher, said.

This comes after Asplen released a statement Monday responding to last week's motion to terminate him. 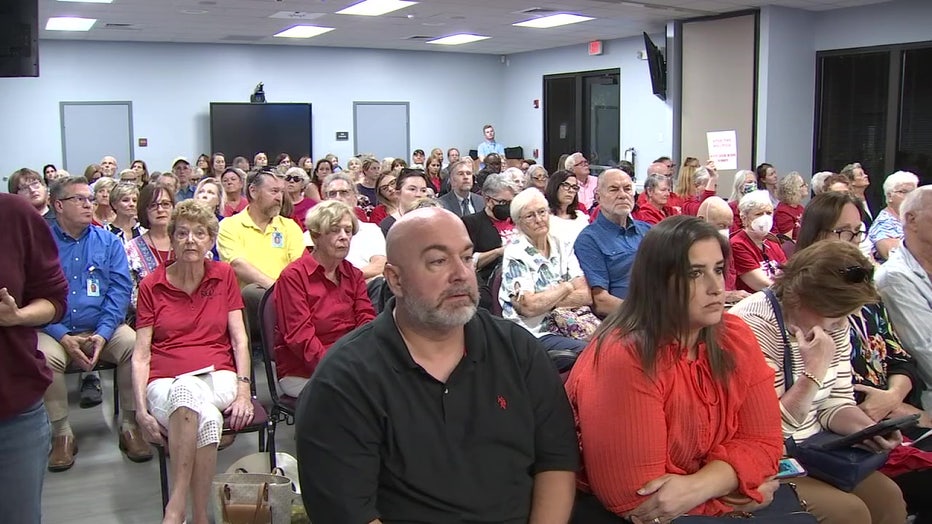 "Though my wife and I were highly disappointed and plummeted into emotional turmoil by last Tuesday's motion, after much reflection over the Thanksgiving holiday, it is with a heavy heart that I have accepted the fact that I will soon be separated by the School Board as a collaborative relationship does not appear to be attainable," Dr. Asplen said in a statement Monday.

Some board members feel certain improvements should have been made under Asplen's leadership, but weren't.

"There are communication components that have been lacking and historically when I look at opportunities for improvement or things that could have been mitigated that were challenges would have always been solved with quality communication," Sarasota County School Board Chairwoman Bridget Ziegler said.

During the board meeting, it was standing room only with most of the crowd spilling out in the parking lot with signs in hand watching on a big screen as the meeting unfolded. 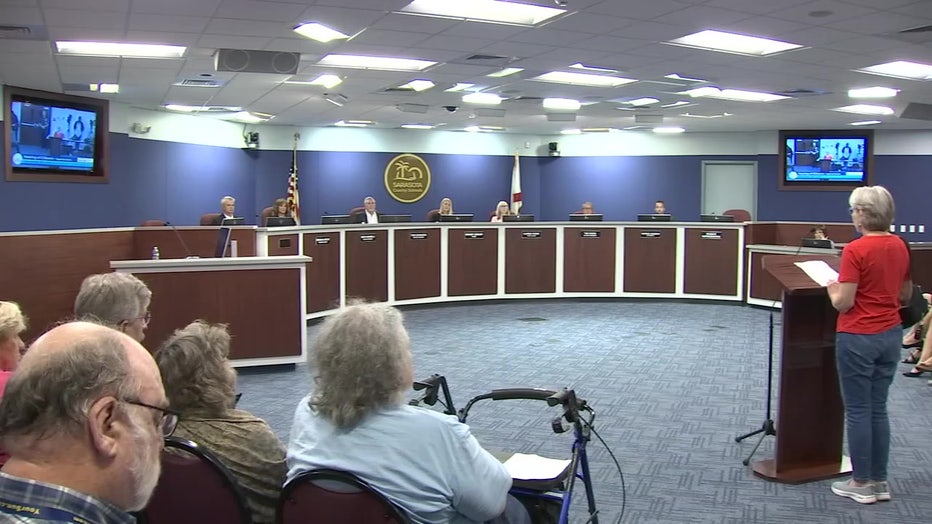 "I am saddened, disgusted, embarrassed and braced for disaster," Cathy Monda, a teacher, said during the meeting. "Dr. Asplen you have shown incredible leadership in the face of horrible adversity."

Most people in attendance were in support of keeping Asplen. Some parents feel he didn't get enough time to make an impact, but believe keeping him with a board who's against him isn't productive.

"Whoever is in that position needs to respect the parents wishes and make sure they have parents on their team too," parent Ashley Cote said. "It's not just staff. It's not just community members. It's parents too, because we have a lot invested, because they're our children."

Under Asplen's contract, he could receive up to a $90,000 pay out for termination without cause. Asplen did not hold back when it came time to speak. 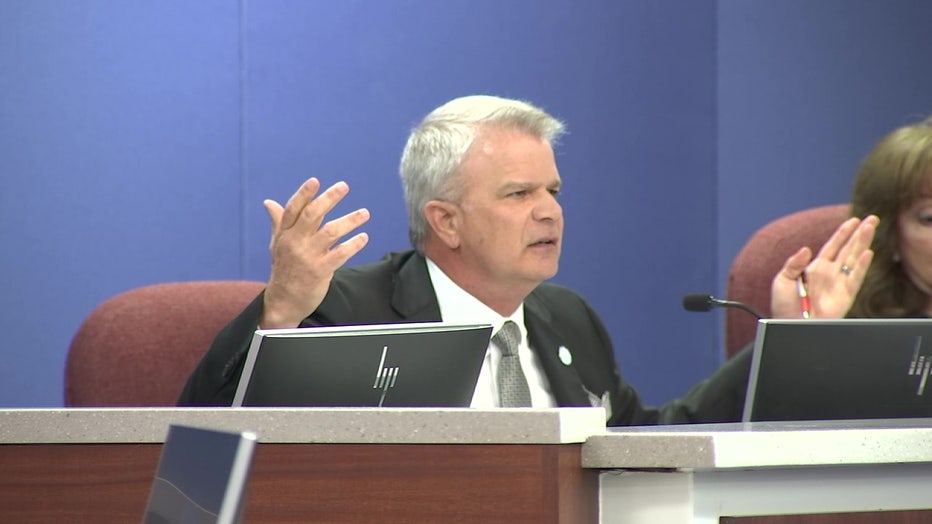 According to the superintendent's personal attorney, he has until the end of the week to decide whether to participate in negotiations. If he chooses not to, the board will put a termination vote on the calendar for the next meeting.