ST. PETERSBURG, Fla. - Crews in Madeira Beach were hard at work this week removing scores of dead fish that washed up onto the sands. Starting Thursday, boats also launched from War Veterans Memorial Park in St. Pete to try to tackle the fish kill problem before it can wash ashore.

"We’re covering all of Pinellas County, all 35 miles of beachline, all of the intercoastal waterways, anything where the red tide fish kill might have an effect, we’re cleaning them," said Jay Gunter, whose company, DRC Emergency Services has been contracted by Pinellas County for clean-up.

Hillsborough, Manatee and Pinellas counties are all experiencing elevated levels of red tide, but Pinellas has seen the highest concentrations off its shores.

The county's latest water sample testing has shown low to moderate concentrations of red tide along the shoreline from John's Pass to Clearwater Pass. They’ve also observed another large bloom about one mile west of Clearwater Beach, extending to Caladesi Island and Honeymoon Island state parks. 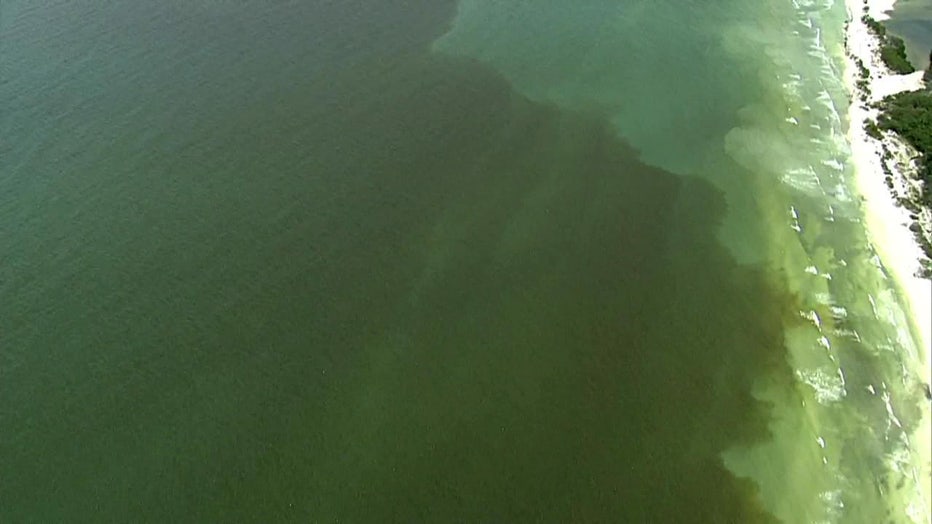 Scientists got an aerial view of a massive bloom about a mile and a half off the coast of northern Clearwater Beach.

"It’s about a 400-yard in diameter bloom out there," Gunter said. "Pieces will break off, and that will happen, but you know the red algae, that’s a natural living organism, so it’s feeding off of fish, or anything that it can nutrients and living out there."

Gunter, who started his career as a garbage man 40 years ago, takes pride in the clean-up, no matter how smelly it might be.

RELATED: Red tide through the decades: Still a mystery

"People work for two things I say – pay and pride. I take a lot of pride in that tourism stays intact, it stays clean, and people are happy about being here," he said.

Blooms in smaller concentrations have also been spotted in the Intracoastal Waterway from the Anclote River to the Belleair Causeway. In Dunedin, officials say significant numbers of dead fish were spotted along the sea wall.

Scientists are predicting the blooms will continue moving north over the next four days. 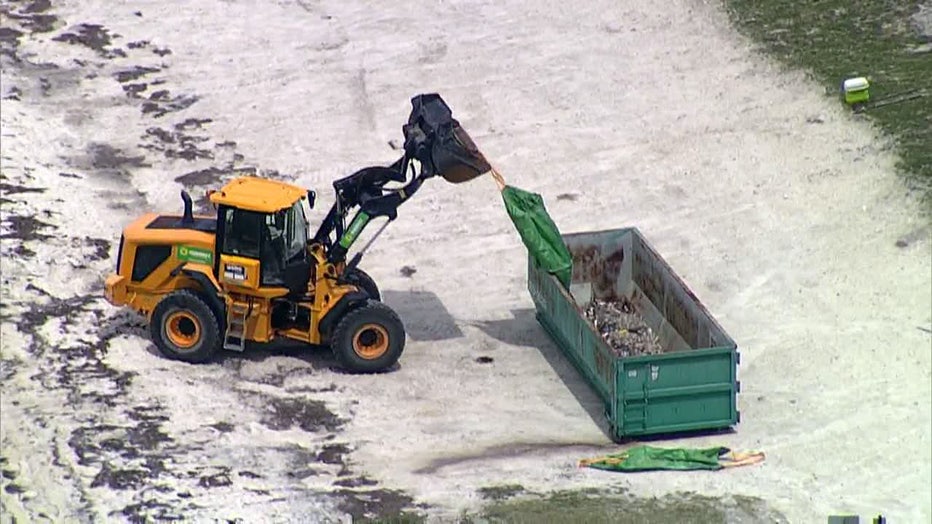 Dead fish, the victims of red tide, are removed from the beach near the Dunedin Causeway.

The beach southwest of the Dunedin Causeway drawbridge will be blocked off Thursday while crews clean up. The Causeway will remain open to vehicle and pedestrian traffic.

It’s unclear what’s causing the blooms. While red tide is a natural phenomenon, it can be made worse by the presence of nutrients in the water, which feeds the blooms. Run-off fertilizers, stormwater, recent rains, warm temperatures, and sewage leaks can all play a part as well, as could the April Piney Point wastewater dump.

Pinellas County officials say they believe bloom activity is moving north and will continue to do so for about another week. They aren’t able to say is just how long this will last, but for now they say they have equipment staged and contractors ready to keep things clean on the beaches.

The blooms aren’t affecting every Pinellas County beach the same way. Some have even been completely spared.

LINK: You can use this interactive red tide map to check conditions for individual beaches before heading out.