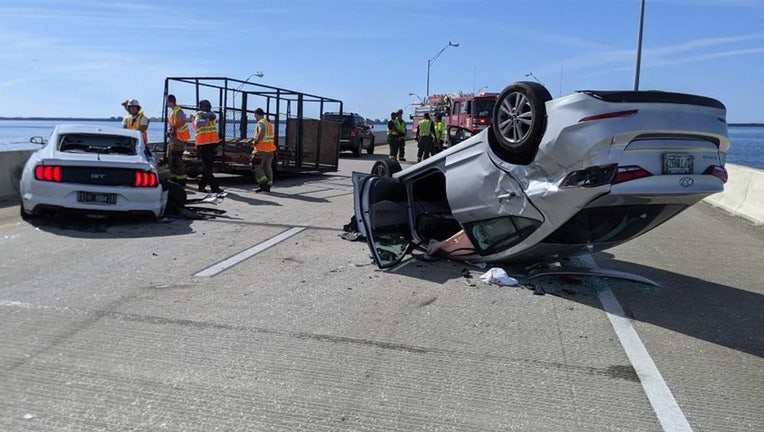 ST. PETERSBURG, Fla. - A crash involving four vehicles, as well as a trooper's patrol car, closed all westbound lanes on the Gandy Bridge, and investigators said it stemmed from a distracted driver.

The multi-vehicle crash occurred on Sunday afternoon, bringing traffic to a halt. According to the Florida Highway Patrol, a 49-year-old driver from Brandon was heading west on the inside lane of the bridge when she looked down at her GPS.

Troopers said when she looked up, she noticed three other vehicles that were stopped on the bridge. An unmarked FHP patrol car was stopped behind a disabled that was parked partially in the travel lane and emergency shoulder. A third vehicle was stopped westbound on the outside lane.

The driver swerved to the right but collided with the rear of the patrol car. Her vehicle overturned, troopers said, and crashed into the vehicle located in the outside lane. The impact caused the three parked vehicles were propelled forward with the patrol car crashing into a trailer. 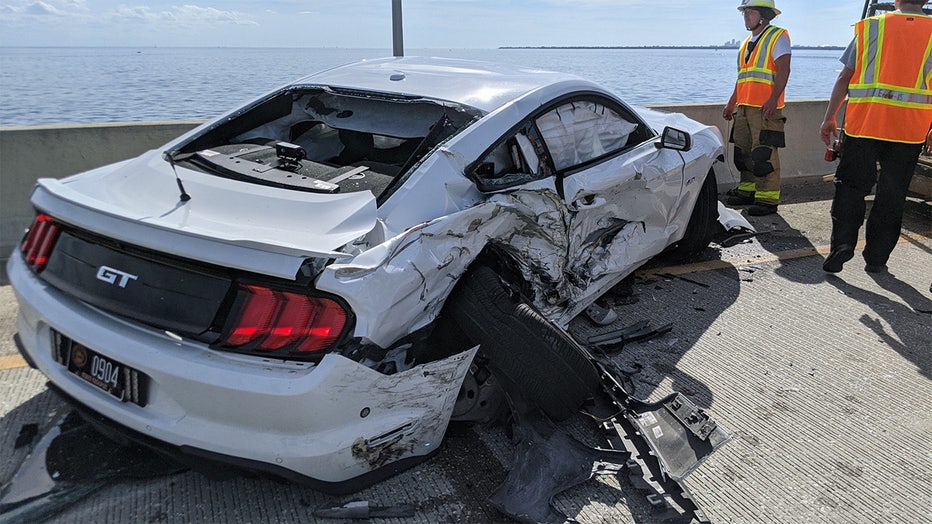