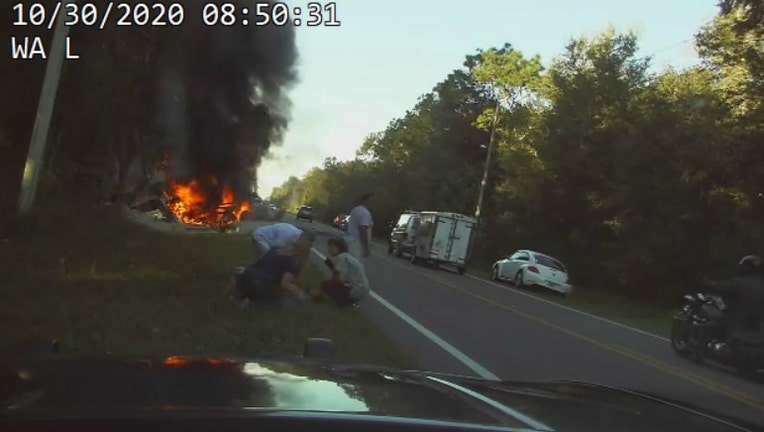 DUNNELON, Fla. - A 40-year-old man suffered critical injuries Friday morning after the tractor-trailer he was driving crashed in Citrus County, according to the Florida Highway Patrol.

Troopers say the man was traveling eastbound on Dunnellon Road, east of Rousseau Drive when a tire blew out. The driver control of the vehicle, which left the roadway, collided with several trees, overturned and caught fire, according to FHP.

Shortly after the crash, two Good Samaritans arrived and realized the driver was struggling to get out of the vehicle.

Troopers say the Good Samaritans cut his seatbelt, got him out of the tractor-trailer, and provided aid until fire crews and paramedics arrived.