TAMPA, Fla. - The Hillsborough County school district could be out of general fund money by the end of June, Superintendent Addison Davis told board members during an eye-opening budget workshop Tuesday.

Davis revealed the financial trouble facing the school district has been building over several years.

"Systemically, when you have challenges and you expend more than you generate, eventually it catches up to you and this is kind of the situation that we're in," Davis told reporters following the workshop.

The superintendent explained that, while the district has overspent, it hasn't gotten its money's worth; compared to other similarly-sized districts, Hillsborough hasn't met expectations, with 24 schools receiving a D or F grade; other districts have far fewer such schools.

The situation has gotten so bad that, according to Davis, the district's general fund could run dry or, at the very least, fall below the state-mandated balance of at least 3 percent of anticipated revenue.

That led Board Chair Lynn Gray to call this "a very comprehensive topic involving the complexity of the possibility of a state takeover."

Superintendent Davis said, with all this in mind, cuts are likely coming soon.

Davis believes the district can save almost $150 million in staffing by eliminating 2,000 positions through retirement and attrition. He also indicated 12-month employees, like the superintendent and his staff, could go to a four-day workweek.

Board members said the solution needs to be one that doesn't create more problems down the road.

"What I don't want to have happen is we make all these cuts and we do the things we have to do and we come back in the next two years and we got to do something else." said board member Henry "Shake" Washington. 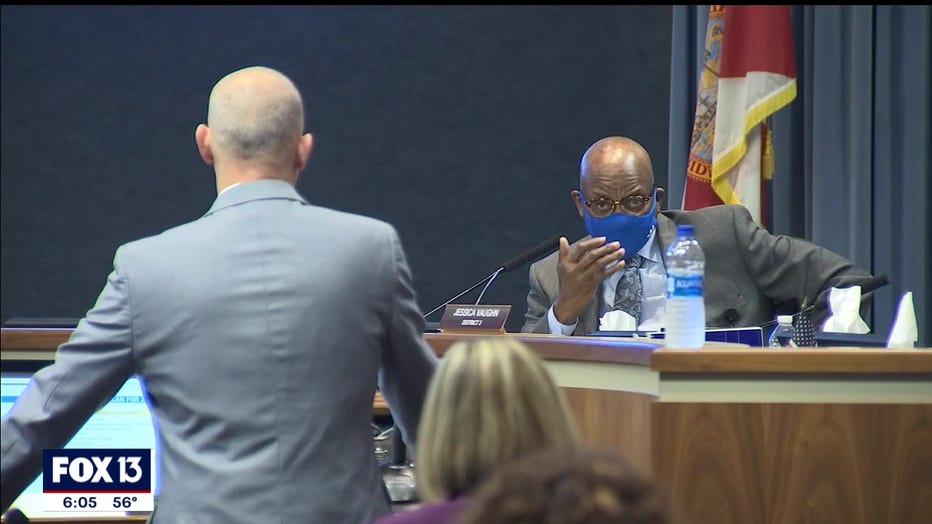 Other board members urged the superintendent to look at charter schools as a way to save.

"This coming year alone, 250 million dollars will be going to charter schools," said board member Nadia Combs. "I believe in parent choice, but only 23 percent of those are considered highly effective."

Davis indicated much of financial issues can be attributed to underfunding from the state, which ranks 46th in per-pupil spending in the U.S. As an example, he pointed to three items mandated by lawmakers, such as school security and transportation: the district is underfunded by more than$50 million in those categories.

The superintendent said he plans to get creative to find new revenue streams.

Rob Kriet, President of the Hillsborough Classroom Teachers Association, indicated the news has created a panic among employees. For his part, Kriet does not think furloughs will happen.

"The superintendent promised us that any kind of furloughs would be the last possible thing he would do in terms of, what he called, corrective action and we're going to hold him to that," he said, adding he believes the situation will improve in the coming weeks when recently-approved funding comes in from the federal government. "Although [Davis] said today we're in dire straits, in a week or 10 days, it might look a lot different."

Some board members hoped money from federal COVID-19 relief funds could help make up for the shortfall, but much of that money has to be earmarked for COVID-related issues.