WASHINGTON - A Largo, Florida man who pleaded guilty to participating in the Jan. 6 riot at the U.S. Capitol has been sentenced to 63 months in prison.

It's the longest prison sentence yet for a participant in the insurrection.

Robert Palmer was caught on video spraying Capitol police with a fire extinguisher and then throwing the canister at them.

The 54-year-old wore an American flag jacket that said "Florida for Trump" to the Capitol, and images of him were splashed across the pages of the New York Post. 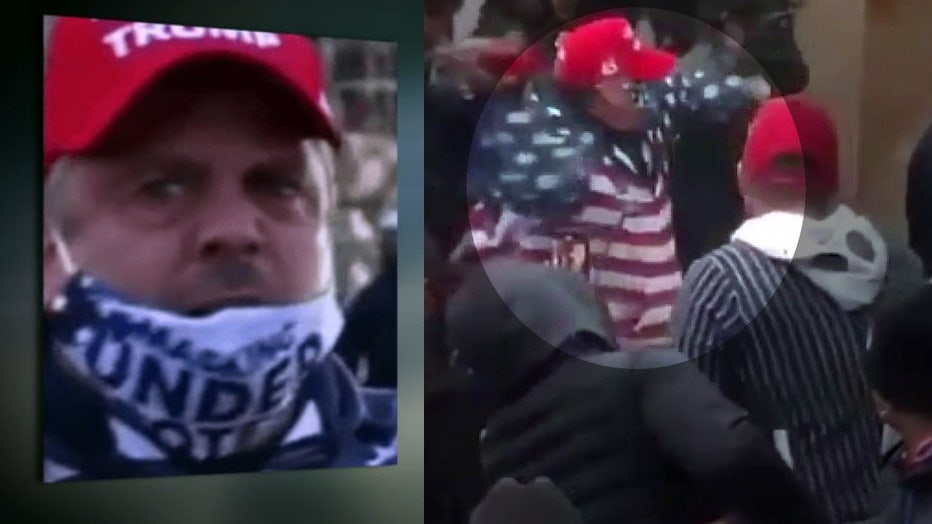 He later made more national headlines when he spoke to reporters from Huffington Post, denying doing anything wrong that day and blaming the Biden administration for going after "patriots" like him.

In a handwritten letter, Robert Palmer said he now realizes that former President Trump lied about the election results, writing, "little did I realize that they were the tyrannical ones desperate to hold on to power at any cost."

He later started a donation website to help with his defense, calling himself a "proud American patriot who went to DC to support our president and to witness the overturn of the election."

But 11 months later, his attorney said he had a change of heart, telling a judge his client is "remorseful" for his actions.

Palmer pleaded guilty to assault charges back in October. Prosecutors asked for 63 months, or over 5 years, in federal prison. Palmer's attorneys asked for two years.

On Friday afternoon, a Washington, D.C. judge agreed with prosecutors' recommendations, and sentenced Palmer to 63 months.