TAMPA, Fla. - If sports teaches anything, it's that the best moments for a team won't mean much -- unless you've experienced the tough ones too.

"We have been so close for five years," a Tampa Bay Lightning fan told FOX 13 after losing Game 5 of the Eastern Conference Final in overtime. "We really believe this is the year for us."

"I believe they totally can feel our excitement," another fan said during a playoff watch party at Cigar City Brewing.

Tankers take off to honor Lightning

Part of the official celebration of the Tampa Bay Lightning winning the Stanley Cup was a flyover by the 6th Air Refueling Wing at MacDill Air Force Base.

Could it be that Lightning fans know they aren't in a one-way relationship?

The Lightning have launched dozens of charity initiatives, including book donations, fishing events to benefit children's cancer research, and the construction of nearly a dozen street hockey rinks around Tampa Bay.

The team's Community Heroes program has pumped more than $21 million into Tampa Bay charities. And even when coronavirus barred fans from being in the arena, they brought their messages with them. 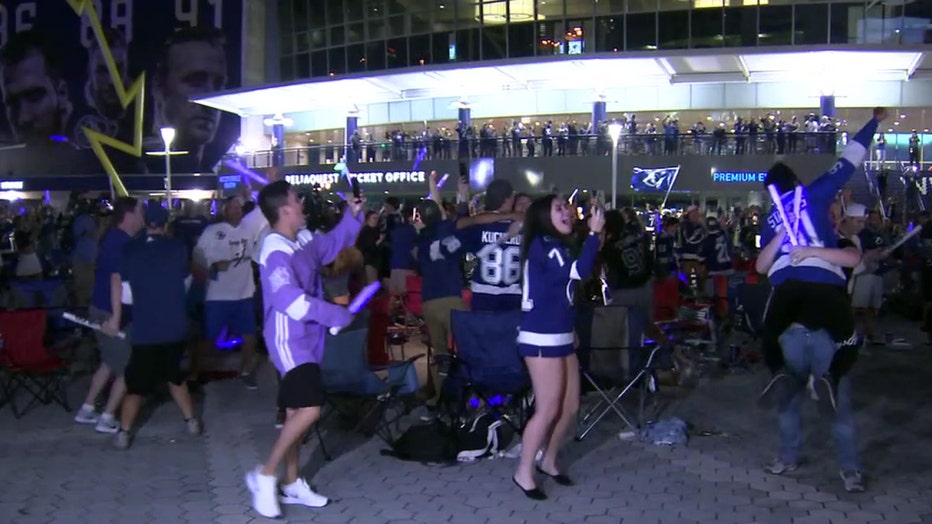 Therefore, when the winning moment actually came, it's easy to belive the team could hear them all the way from Thunder Alley.

"It meant everything. These guys and girls have been with us, for me anyway, for 12 years now," said team captain Steven Stamkos after the team's celebration at Raymond James Stadium. "I meant what I said when I had that decision to make to stay here or not. I stayed here because I wanted to bring a championship to this city."

What is a championship?

It means that, for one moment, you were unstoppable.

"The last little bit of seconds in the game, I let it all out," said one fan who was watching the Lightning's boat parade with the Stanley Cup. "I ran outside, I came back in, I told all my friends."

Winning a championship means your reaction is the same as their reaction.

"No one can prepare you for what it feels like to hoist that Stanley Cup for the first time," said Stamkos. "You're so jealous of everyone you know who has ever won it. You watch it all the time on TV, you play for it... and then when you get to lift that thing for the first time, it's one of the best feelings in the world." 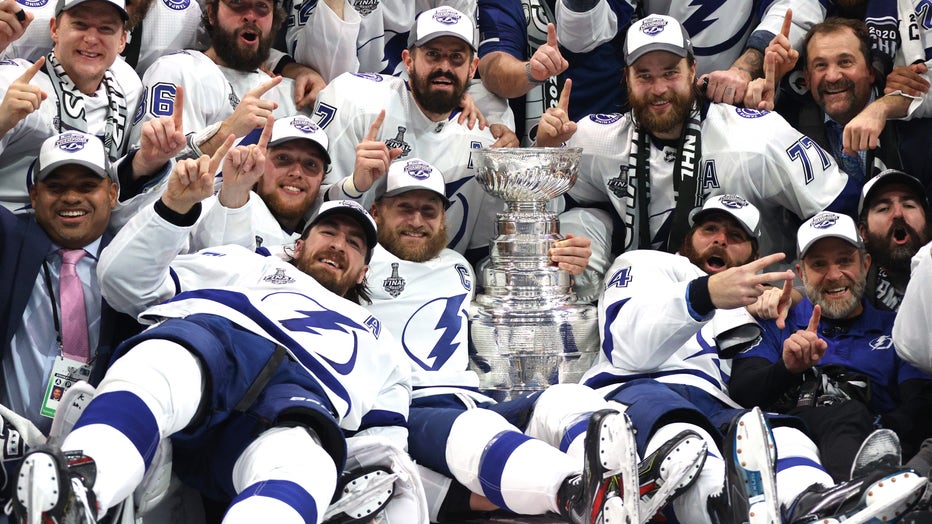 Captain Steven Stamkos and his teammates pose on the ice with the Stanley Cup after defeating the Dallas Stars in Game Six of the NHL Stanley Cup Final. (Dave Sandford/NHLI via Getty Images)

In Tampa Bay, a championship confirms that it's impossible for lightning to strike without thunder.