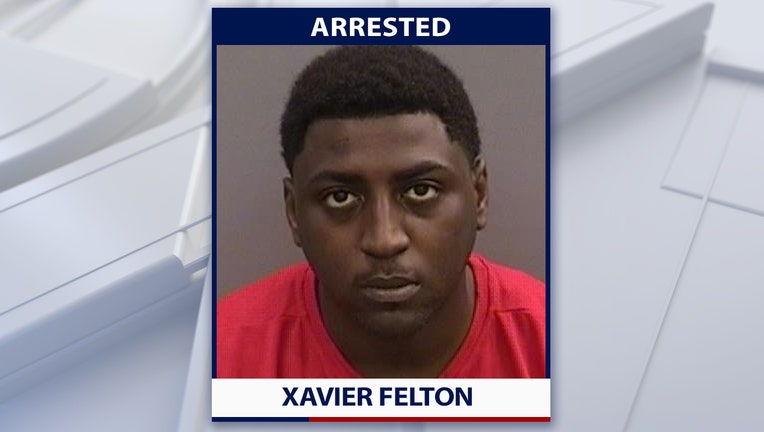 TAMPA, Fla. - Tampa police have arrested a 20-year-old man in connection with a January shooting death outside the Riviera Apartments.

Xavier K. Felton is facing first-degree murder charges after police say he killed an adult man as the two exchanged gunfire from their cars.

On Jan. 3, police say they found the body of an adult man lying next to a silver Nissan Altima around 2:20 p.m. The Altima had multiple apparent bullet holes in the driver's side and several shell casings were found on the roadway and inside the vehicle.

A witness told police moments before the shooting, they saw a red vehicle driving behind the victim's car. As the two got close to the exit of the apartment complex, the red vehicle pulled alongside the victim's car and fired shots from the passenger side.

Detectives identified the vehicle and found surveillance video showing the vehicle in the area before the shooting.

Police say a camera captured video through the windshield of the red vehicle which showed the front seat passenger, later identified as Felton.

In addition to first-degree murder, Felton has also been charged with tampering with physical evidence and shooting into an occupied vehicle.