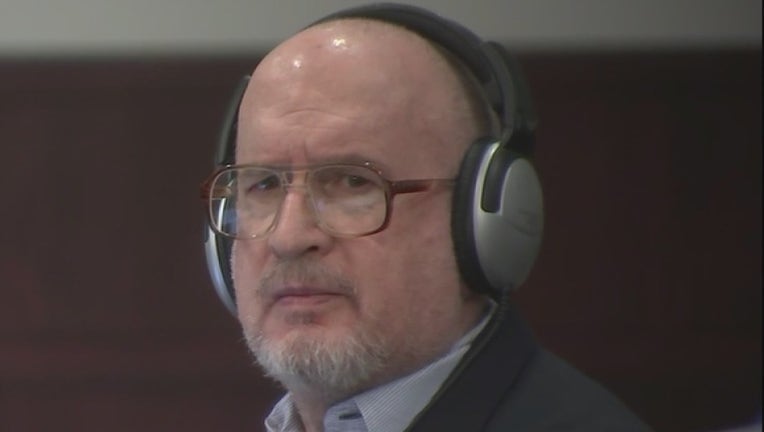 TAMPA, Fla. - Convicted double murderer William Deparvine was handed a double life sentence from a Tampa jury Monday afternoon. It took them three hours to hand down their verdict.

Just hours before they went in to deliberate, Hillsborough prosecutor Michelle Doherty urged them to give Deparvine the ultimate punishment,

"There are only two choices death or life. I know what I’m asking you to do. It’s going to be hard it’s a difficult decision, and it’s meant to be," explained Doherty,

Doherty went on to say Deparvine's actions were cruel, calculated and heinous.

RELATED: New jury to decide if convicted double-murder gets life in prison or death

"We are asking you to impose the most severe penalty allowed by law; the death sentence in this case," she argued.

Deparvine spent 15 years on death row, however he gets a do-over on his sentence after the U.S. Supreme court ruled all death verdicts must be unanimous, and his wasn't. While his conviction stands a new jury decided on a double life sentence rather than the death penalty.

Hillsborough Public defender Jamie Kane urged the jury not to give the state that power.

"If you say no and if anyone of you says it’s going to be a life sentence then no one knows the date he’s going to die," he argued.

A jury convicted Deparvine of killing Tampa couple Richard and Karla Van Dusen 18 years ago. Prosecutors said it was all a ruse to steal the couples vintage Chevy pickup truck. Their bodies were discovered off Old Memorial Highway in November 2003.

In the end, the jury choose life in prison for Deparvine, and he was transported back to prison following the verdict.