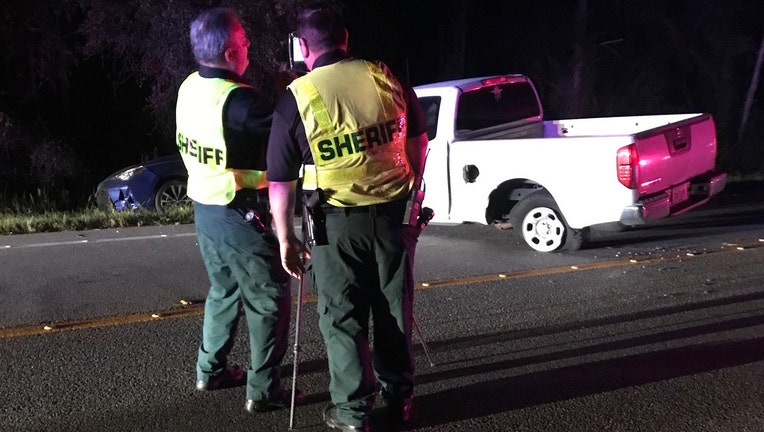 It happened around on State Road 60 around 10:30 p.m. on Friday approximately one mile east of County Road 630 near Indian Lake Estates in Lake Wales.

Investigators say Penatello was speeding as he drove eastbound on State Road 60, in a no-passing zone, when he went into the left lane to pass a vehicle. At that time a Nissan Frontier and a Toyota Corolla were traveling westbound on State Road 60. Penatello struck the Frontier and caused one of the tires to come off and roll into the Corolla, according to PCSO. Both of the vehicles that were hit by Penetello came to a rest and were not hit by any other cars.

Penatello continued heading east in the westbound lane and struck Wagner Salvador’s car nearly head-on, causing Salvador’s car to rotate and come to a stop in a drainage ditch on the north side of the roadway.

Salvador’s passengers, Veruska Salvador, 45, Ashley Salvador, 12, and Albert Salvador, 11, were all killed in the crash.

Salvador was airlifted to Orlando Regional Medical Center with numerous broken bones. All of the people in Salvador’s car were wearing seatbelts, investigators said.

Penatello was airlifted to an area hospital where he died from his injuries. Investigators said he was not wearing a seatbelt.

The roadway in the area was closed for approximately six hours during the investigation. Investigators said due to the death of the suspected at-fault driver, no criminal charges are pending. The investigation is ongoing.