The mad bakers at Five-O Donuts in Sarasota describe the 'food coma donut' as a stuffing-based waffle donut with sweet potatoes, cranberry, and turkey on top.

SARASOTA, Fla. - How about a feast before your Thanksgiving dinner? Five-O Donuts in Sarasota is baking up a new creation called the "food coma donut.”

They describe it as a stuffing-based waffle donut with sweet potatoes, cranberry, and turkey on top.

Christine Nordstrom made up the stuffing on her own. Instead of bread, it's made from donuts.

“You’ve got the aromatics with the onion and celery. A little bit of chopped apple in there,” explained Nordstrom, the shop’s owner. “We sauté it together with sage and butter. That’s kind of the base and you get aromatics, and sweet and savory.” 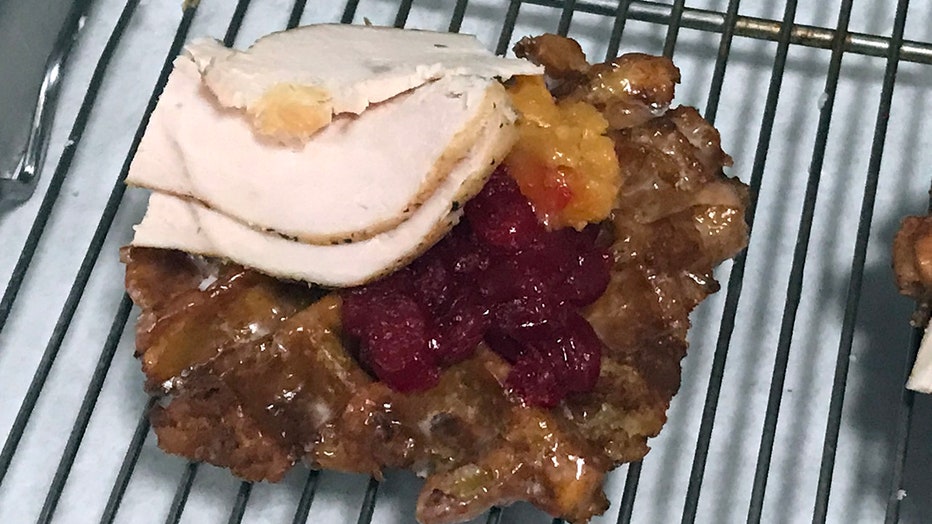 The food coma donut is a stuffing-based waffle donut with sweet potatoes, cranberry, and -- yes -- that's turkey on top.

You can only get the food coma donut for one day.  It'll be sold Thanksgiving morning at the Five-O location off Ringling Boulevard in Sarasota, which is already known for their over-the-top creations like the Cadbury egg Easter donut.

If the turkey donut is too much for you, they're also selling pie-inspired donuts for the Thanksgiving holiday. 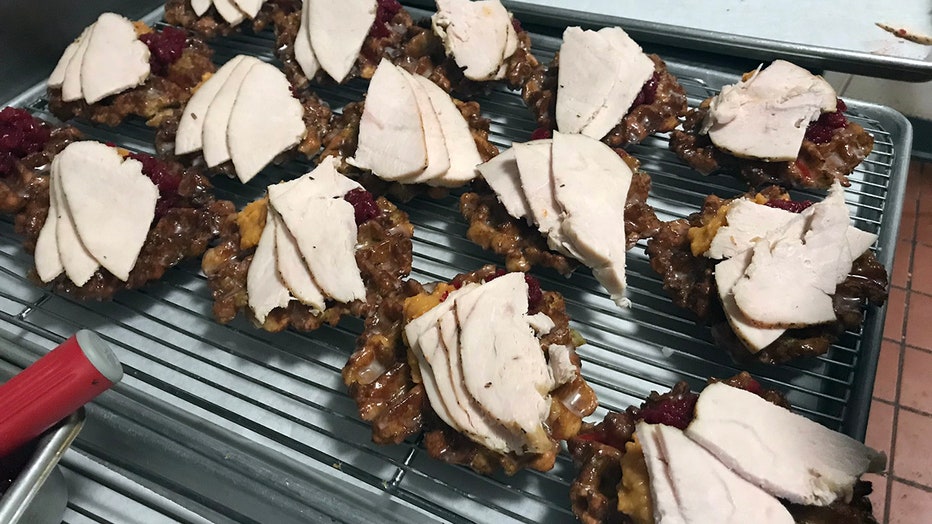