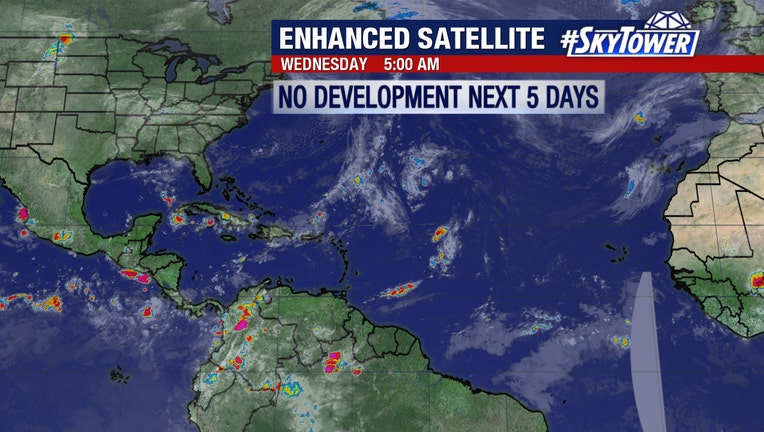 TAMPA, Fla. - While it's been a record-breaking hurricane season, the Atlantic is quiet right now with no development anticipated in the next five days, according to the National Hurricane Center.

"That's what the hurricane center is saying, so that's good to know," said FOX 13's meteorologist Dave Osterberg. "Teddy is up in Canada, they are done with Beta and they issued their last advisory on Paulette, as well. So right now -- knock on wood -- I got no named storms to track for you. I like it that way."

On Friday, forecasters officially ran out of traditional storm names with the formation of Wilfred. The NHC moved onto the Greek alphabet for hurricane names, which was the first use of a Greek letter for a storm since 2005. Wilfred was soon followed by Alpha and Beta.

Wilfred was the earliest 21st named storm on record, forming about three weeks earlier than Vince did back in 2005.

Subtropical Storm Alpha formed soon after off the coast of Portugal on Friday, but didn't last long.

Tropical Storm Beta also formed last week, but the NHC has since issued its final advisory for the system after it made landfall in Texas Monday night.

Beta became the 9th named storm to make landfall in the continental U.S. this season. This will tie the record from 1916. The 2020 season continues to break records left and right.

The next name up on the Atlantic season names list is "Gamma." The last named storm during the 2005 hurricane system was Zeta. 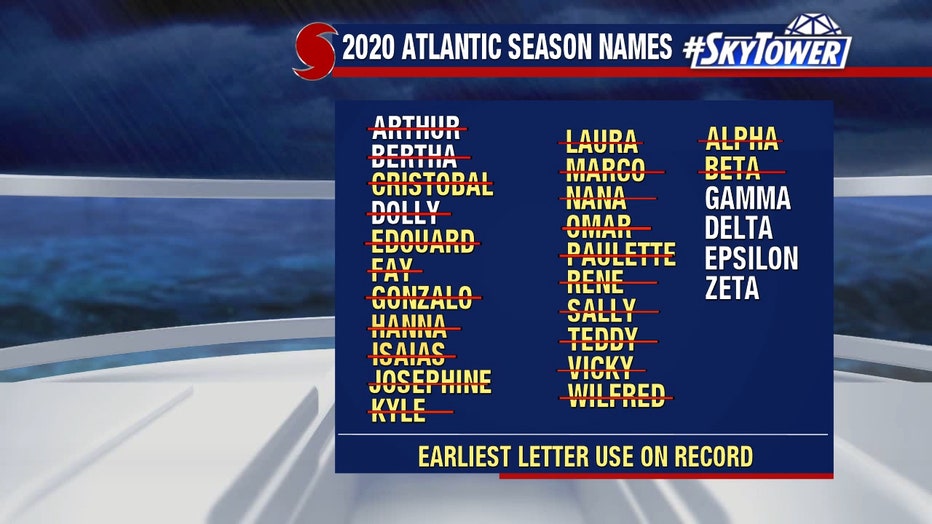