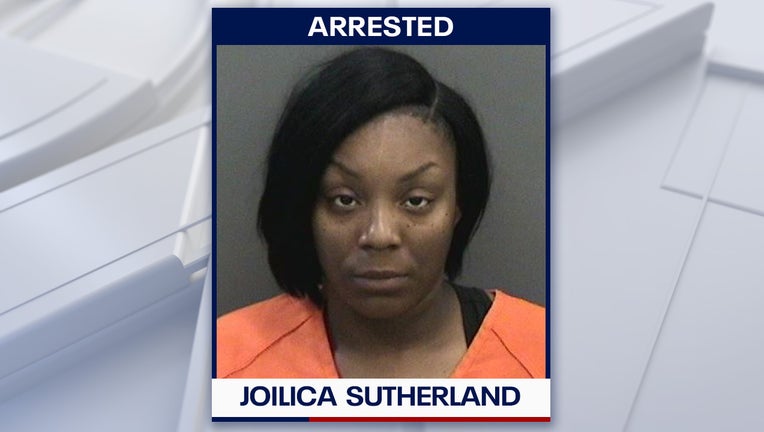 TAMPA, Fla. - Police have arrested a woman who they say shot and killed a man in Tampa, then called 911 to admit to the crime.

On Tuesday morning, officers responded to the Palm Ave Apartments, located at 10610 N. 30th Street, after a woman called 911 saying she shot someone before hanging up.

First responders found a 28-year-old Black male victim with a gunshot wound. He was transported to a nearby hospital where he later died.

Officers searched the apartment and found a gun in plain view on the couch, but the suspect had fled the scene.

Later that afternoon, Tampa police said 27-year-old Joilica Sutherland surrendered to detectives, identifying herself as the 911 caller. Investigators said she confirmed that the gun found in her apartment was the firearm she used to shoot the victim.

Sutherland has been charged with manslaughter.