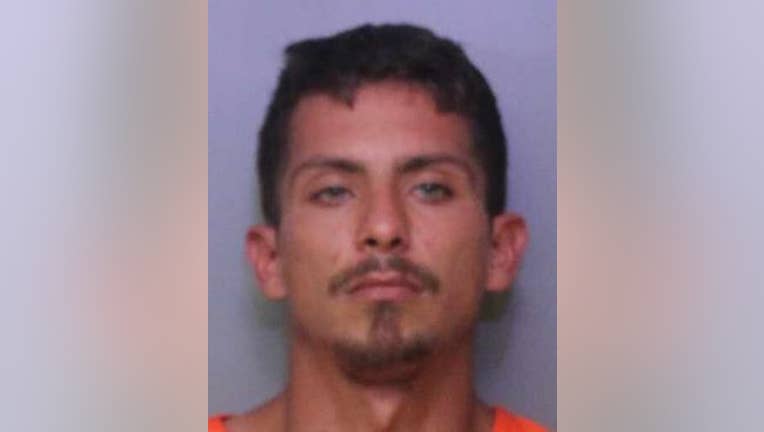 WINTER HAVEN, Fla. - A Polk County man was arrested after he was spotted in Winter Haven, on an overpass, carrying what appeared to be a rifle, but it turned out to be a pellet gun, police said.

Winter Haven police said witnesses saw a man walking along the overpass on Highway 17. On Wednesday, officers arrived around 3:10 p.m. after receiving reports of the individual pointing the possible weapon in the air and in different directions.

Officers said they located the man matching the description in the area of Avenue R SW. They said they told the man to stop, but instead, officers said 24-year-old Andrew Bradley ran into an area with dense vegetation.

Officers chased him and were able to catch him. They said he was taken into custody after he dropped the weapon.

As he was being detained, the police department received a call from workers at Tire Choice, located at Highway 17 and Avenue R SW. Officials said two workers reported a man pointed a rifle at them about 200 yards away from the business.

According to the report, the workers said the man began running towards them while pointing the weapon at them. Both workers fled to the back of the building. Neither were injured, police said.

Police said one of the victims later identified Bradley as the suspect.

Officers later determined the weapon that Bradley had was a pellet gun. They also said when they searched Bradley during his arrest, they found a needle with meth.

Bradley, who police said is homeless, was arrested on several charges including aggravated assault, resisting officers without violence, and possession of meth and drug paraphernalia.