OSPREY, Fla. - In 1944, George Baranowskyj was 6 years old. His family was fleeing his home country of Ukraine.

"There was an air raid warning. The whole caravan of cars on the road stopped and started running," he remembered while in his living room in Sarasota County. "I remember seeing a plane diving down and shooting up some cars."

All those years ago, George's future wife, Areta, was still an infant. Her family was in a different town, using a horse-drawn wagon to flee the country.

"My parents fled Truskavets. I was 6 months old," she said. "They knew they would be immediate targets for any Russian if they found them. They would be imprisoned or killed." 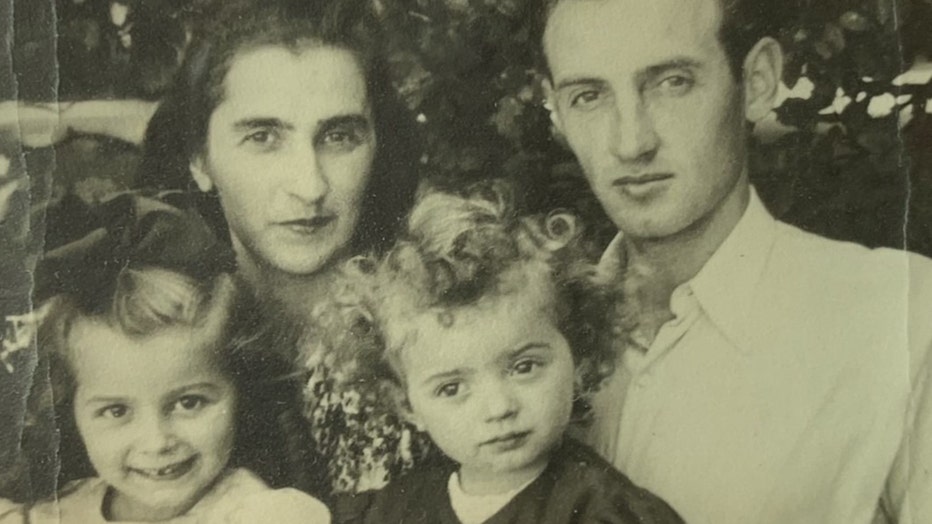 Areta and her family, years after fleeing Ukraine

Her parents worked in the resistance and had to flee for their safety. Areta's sister, Lydia Hausman, would be born one year after.

"It was just get up, pack the necessities and leave. They left with basically nothing. Except my sister," said Hausman.

Nearly 80 years later, they watch as history repeats itself. This time with their cousins facing war in Ukraine.

"I can’t believe that it’s happening. I'm just living it all over again," said Baranowskyj.

Johnathan Bush spoke to FOX 13 from Moscow, after the plane he was on had to do a U-turn. He had been spending the last several weeks visiting his wife’s family.

RELATED: 'Everyone is panicking': Tampa man stuck in Russia due to restrictions on air travel, finances

"It's just incredible feelings that you get when you look at this. You see the kids, the babies," she said.

All three understand what it's like to be separated from their homeland.

"I give my parents credit that they had the good judgment to get out in time with our young kids. To save themselves and us to save us from Russia terror," said Baranowskyj. 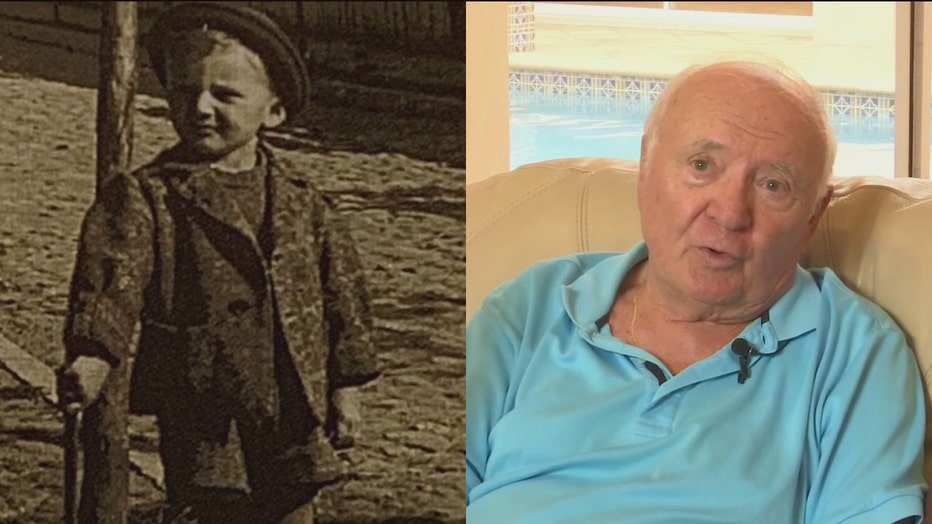 George Baranowskyj as a boy and today

They spent six years living in refugee camps in West Germany. Their families eventually received visas to the U.S.

They feel many emotions as they watch Ukrainians stand up against Putin and Russia as they fight for their country.

"Just  seeing people who are totally innocent who have done nothing to provoke this crisis and it’s all because of the lust of power because of a mad man our people have to go through this again," said Hausman.