RIVERVIEW, Fla. - Twenty-seven acres beside the Alafia River could have been another waterfront community, but it has been set aside for a new conservation park in Riverview.

"The term is of Native American origin and it means River of Fire," said Hillsborough County Commissioner Stacy White, who was instrumental in establishing the park. He and other officials cut the ribbon to open the park at 9955 Riverview Drive on Thursday.

A small statue sat on a pedestal where a much larger bronze sculpture will soon be installed. It’s a Seminole woman with her arms raised and her hands about to lift her hair as she looks upward into the distance.

"She’s grounded in the earth and gets her power from that and looks into the future," said artist Nicole Mary Milligan, who along with her husband Alan, has been working on the sculpture for months. 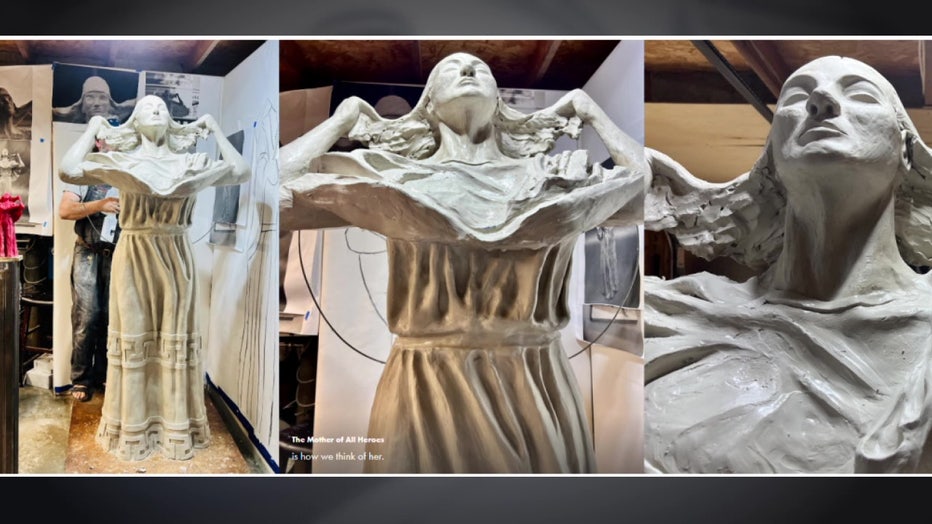 A statue called ‘Sovereign’ is being designed and will honor that moment when the United States recognized the Seminole tribe.

The work is called ‘Sovereign’.

"It looks like she’s saying look how strong I am, but her hands are very delicate, and we’re just catching that moment," said Alan.

One part of the work was created by contributing artist Jessica Osceola, who is Seminole. 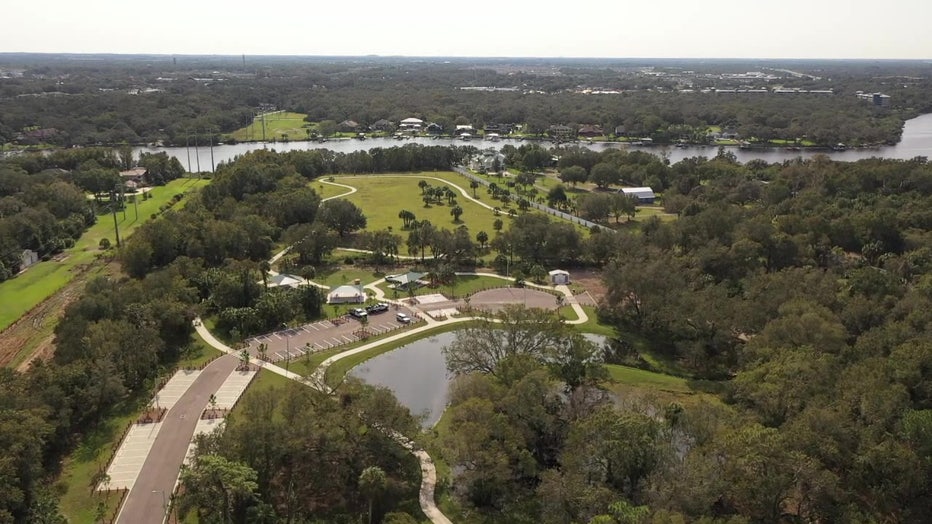 Pebble Park is 27 acres alongside the Alafia River.

The park is named Pebble Park. It’s a nod to phosphate. Mosaic helped provide the land. There was never a phosphate mine here, but there was always the river.

"The Alafia River was amazing at the time," said Milligan. "It was filled with fish and in the evening it was phosphorous and it would glow." 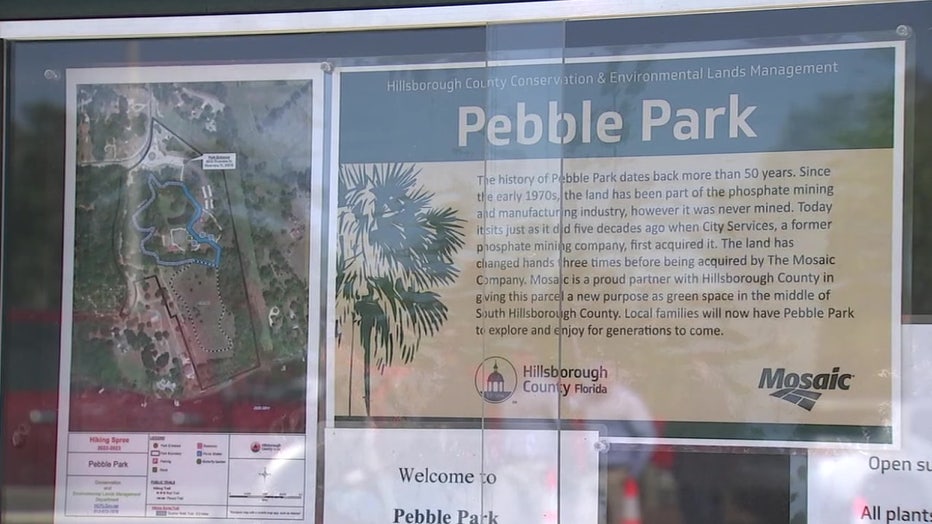 The park is named Pebble Park and is a nod to phosphate.

The county paid $75,000 for the sculpture which is scheduled to arrive in the park in late December.

And now this conservation park is set aside for future generations beside the River of Fire.