TAMPA, Fla. - The last time Promise Goodwine was in court, she was one step away from heading to prison for three years, but a doctor’s note saved her.

"This is like the third or fourth doctor that has evaluated her. It’s the first to come back that’s she's incompetent to proceed," her attorney Bryant Camareno stated in July.

Now, months later, she is back from a state hospital and ready to plead guilty and cut a deal with the state, but Camareno says she's not going to prison – she's going away for treatment.

"My client is a candidate for mental health court and they were willing to offer her probation," Camareno explained.

After months of mental health evaluations and Camareno's persistence, the state attorney’s office gave the Goodwine case a second look. Working together, both sides agreed she needed help for her psychiatric needs.

In May of 2020, surveillance video from the CVS store on Fowler Avenue showed chaos as a mob broke through the rollup metal gate of the store and dozens of looters raided it as terrified CVS workers ran and ducked for cover. Looters trashed the store and stole whatever they could get their hand on in a matter of minutes. 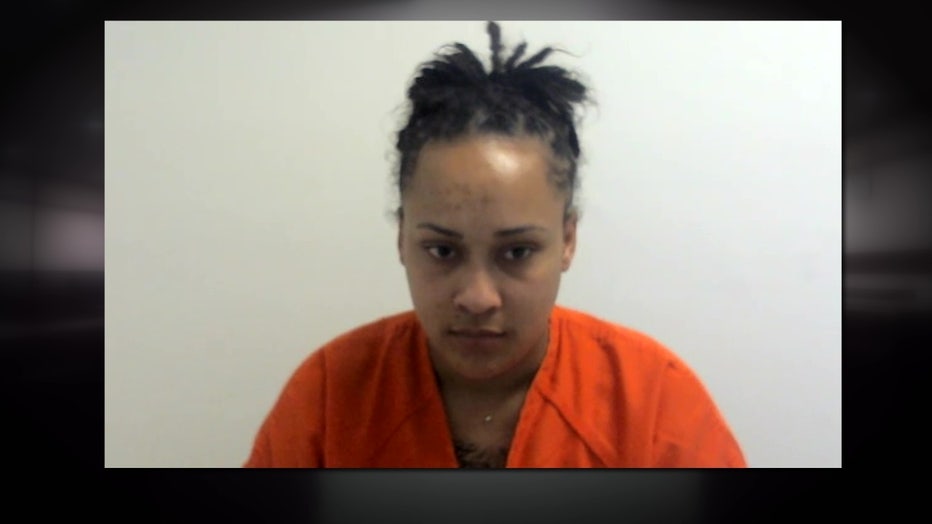 Prosecutors say Goodwine was caught red-handed on video in the middle of the mob. She was arrested and charged with several felonies, including inciting a riot, burglary, and grand theft.

READ A lot has changed in the year since Tampa riots, but some say there’s still work to be done

Now, 16 months later, she will get probation instead of prison.

Her case will now be handled by the mental health court division that will evaluate her and determine a treatment plan going forward.