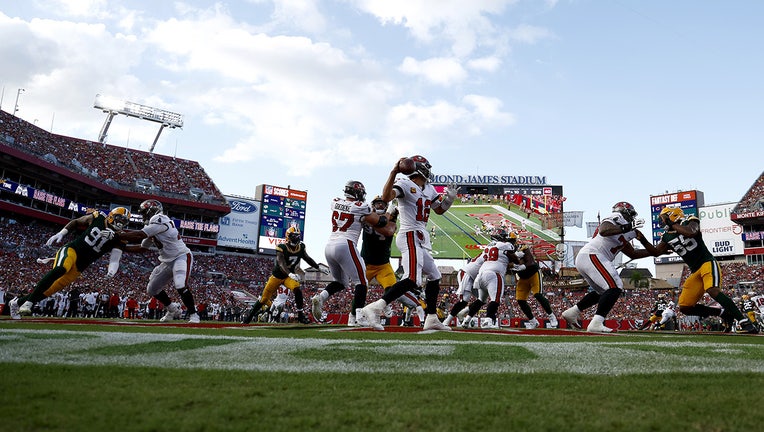 File: Tom Brady #12 of the Tampa Bay Buccaneers throws a pass against the Green Bay Packers during the third quarter in the game at Raymond James Stadium on September 25, 2022 in Tampa, Florida. (Photo by Douglas P. DeFelice/Getty Images)

TAMPA, Fla. - The Tampa Bay Buccaneers will relocate football operations to the Miami area in preparation for next weekend’s game against the Kansas City Chiefs ahead of the potential impact of Hurricane Ian on Florida’s Gulf Coast.

The Buccaneers announced Monday night that the team will leave Tampa on Tuesday and relocate in Miami-Dade County, Florida.

The Buccaneers are expected to practice at the Miami Dolphins’ training complex in Miami Gardens, Florida, starting Wednesday and continue through this week's preparations, if necessary.

So far, there has been no change to the Buccaneers' game against the Chiefs, which is scheduled for Sunday at 8:20 p.m. at Raymond James Stadium. The NFL, along with the team and local officials, will monitor the situation. 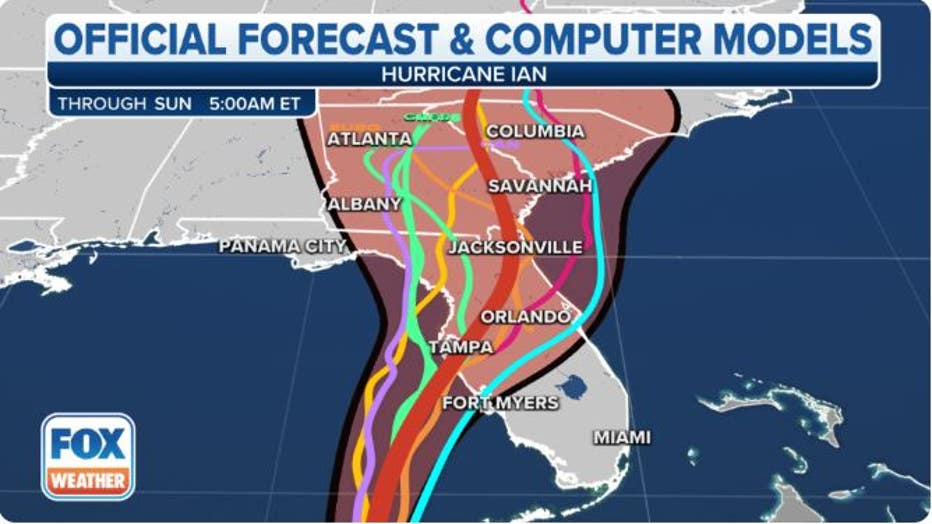 Tuesday is a regular day off for players.

Asked if there was talk of Sunday night’s game being moved, too, Tampa Bay coach Todd Bowles responded: "Possibly, if it gets to that."

Meanwhile, the NHL’s Tampa Bay Lightning postponed preseason games scheduled to be played at home Wednesday against Carolina and Thursday vs. Nashville.

RELATED: When was the last time a major hurricane struck Tampa Bay? In 1921