TAMPA, Fla. - It was hard to miss the added splash of aqua around Buccaneers training camp Wednesday morning with the Miami Dolphins joining the Bucs for joint practices and Bucs fans took notice.

"When I hear Miami Dolphins, I hear past tense, as in, they were once great, but that was past tense," said Rogelio Valdovinos, a Bucs fan from Winter Haven.

With the Dolphins in town for the next four days leading up to Saturday night’s preseason opener, Dolphins fans flocked to One Buccaneer Place to check out training camp.

Especially after the NFL announced punishments for the Dolphins, and owner Stephen Ross, for attempting to tamper with Tom Brady and lure him to Miami, Bucs fans weren’t too happy to see their counterparts from the other coast.

"It is what it is but (Tom Brady) is with the best team there is so, hey," said Maya Collins, a born and raised Bucs fan from Tampa. 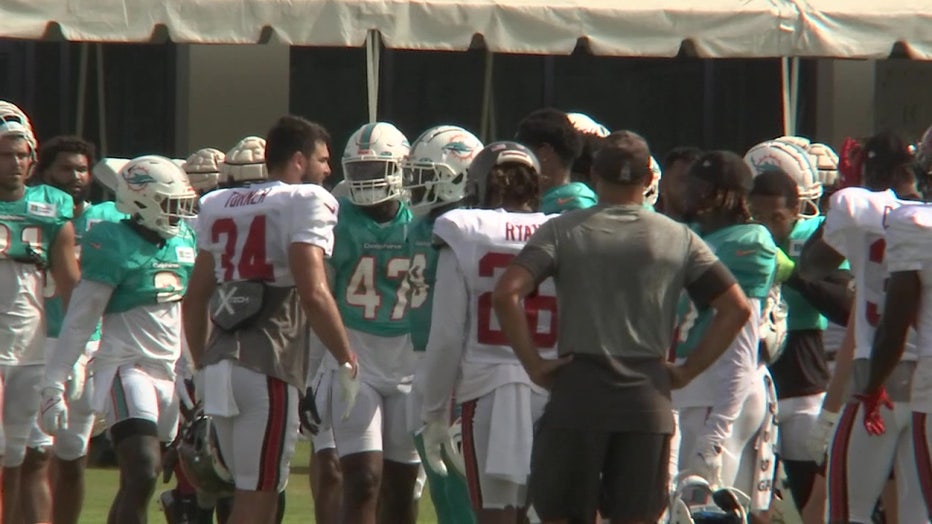 Dolphins and Buccaneers players practice ahead of Saturday's game.

But with the sting of Miami’s betrayal still fresh, Dolphins fans were eager to poke fun at their Buccaneer brethren.

"I actually am the leading tampering person in this investigation," joked Joey Quintana, a Dolphins fan from Miami.

So with all this animosity between Miami and Tampa, and Bucs fans and Dolphins fans make it to the end of the week without starting a war? 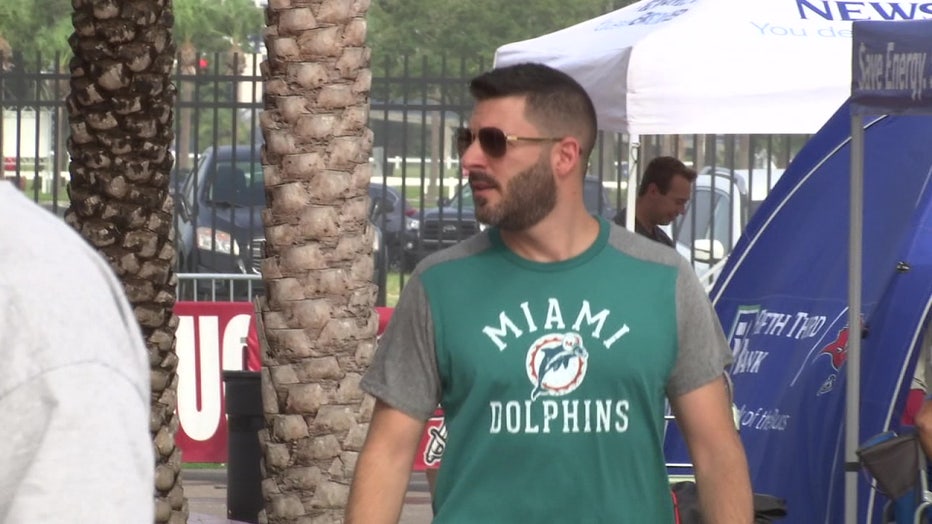 A Dolphins' fan attends Buccaneers practice ahead of Saturday's game.

"I think it’s possible for us to get along," said Collins.

"However, they’ll always be sad because we’ll always dominate them," he shared.

That domination continues Thursday with another joint practice before the two teams face off for real Saturday night inside Raymond James Stadium.