TAMPA, Fla. - Joseph Obregon was in court last week, anxiously waiting for his case to be called. Minutes later in front of a Tampa judge, he announced he would pass on a 10-to-15-year plea deal offered by prosecutors and said he was going to trial.

Judge Laura Ward warned him to be ready to go.

"At that point, we are done. The jurors are going to be here. We are ready to go, OK? You understand?" she asked.

But Monday, the first day of his jury trial, Obregon apparently skipped town and is on the run.

The judge issued an arrest warrant and the fugitive task force is now searching for him. 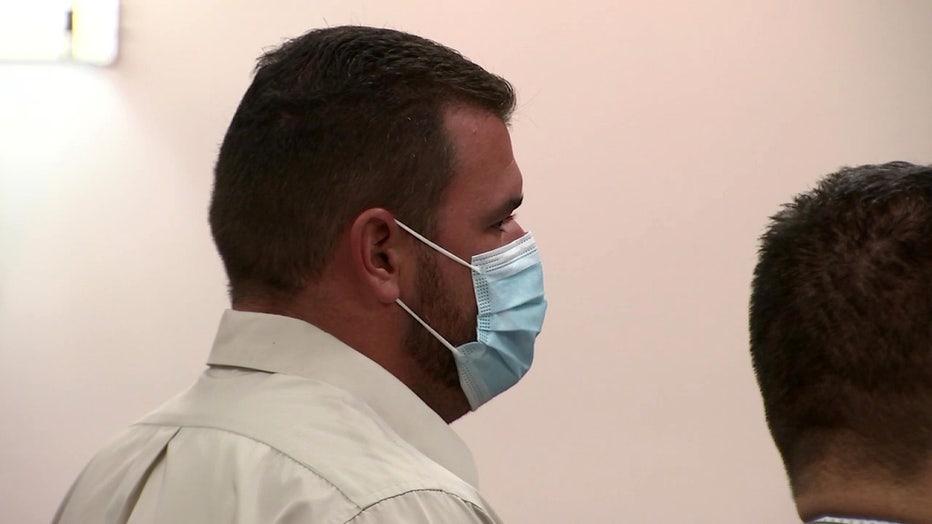 Joseph Obregon in a prior court appearance.

Prosecutors say Obregon is trying to run away from his past. On December 5, 2017, Obregon is accused of spinning his tires and revving his engine on his 2012 Dodge Ram pickup and racing and another pickup truck on Sligh Avenue in Tampa.

They say he slammed into a Toyota Rav4, which caused it to hit a TECO pole. The passenger, 78-year-old Bill Swartz, died instantly. His wife Jane died weeks later from her injuries.

Now, the man accused of killing the Tampa grandparents is a wanted fugitive.