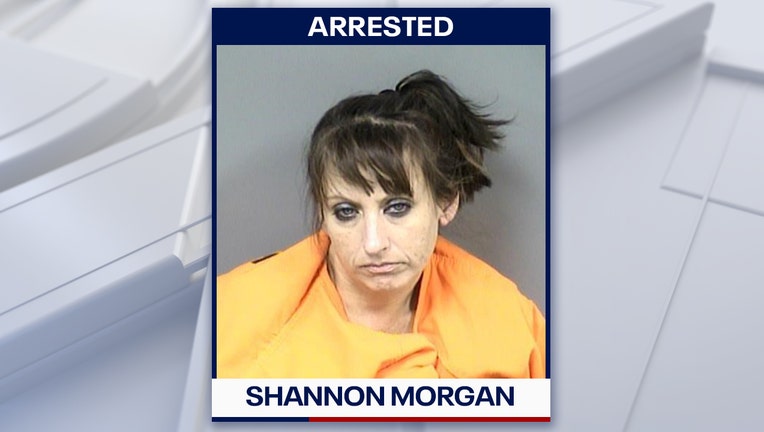 Deputies said they responded to 38-year-old Shannon Marie Morgan's home in Citrus County on Wednesday about an animal cruelty complaint.

The Citrus County Sheriff's Office said the deputies were immediately overwhelmed by the pungent smell of ammonia inside the home. They found several cages and glass aquariums containing snakes and rodents as well as rats and cats running around the home, investigators said.

The animals were deprived of all their basic necessities, CCSO said. Te build-up of fecal matter and urine in the house and cages also caused an infestation of flies, roaches and other bugs, according to deputies.

Trash, dirty dishes and rotten food were scattered throughout the home, bringing in more roaches and flies, the sheriff's office said.

In one of the bedrooms, deputies said they found two more cages, containing a ferret and a dog. The ferret's cage was littered with urine and feces and the dog's cage was too small, according to investigators with CCSO.

Deputies said both animals were being deprived of food and water.

Inside a second bedroom in the home, the sheriff's office said they found a juvenile surrounded by trash that was built up all over the floor. Insects were also all over the floor and the mattress was covered in roaches, according to deputies. Investigators said blood was also on the floor from one of the cats eating a rat.

CCSO said about 50 rodents were found in a third bedroom in cages as well as more than 300 other rodents roaming freely.

Citrus County Sheriff Mike Prendergast said the conditions inside the home were so bad, sheriff's office personnel were cautioned about going inside the home.

"Abuse of any kind should not be tolerated," said Sheriff Prendergast. "Neither children nor animals should ever endure this type of environment. It is crucial that our citizens report any possible signs of child or animal neglect."

CCSO animal control officers removed seven cats, one dog and one ferret from Morgan's home. The house was secured for the sheriff's office's investigation, so they can remove other remaining animals.

Morgan was arrested on 12 counts of animal cruelty and one count of child neglect, and her bond was set at $26,000, Citrus County deputies said.