LAKELAND, Fla. - Over the past 10 years or so, craft beers have flooded the market, with so many choices there's hardly time to try them all.

But there is a new one that stands out because it has been produced with 100% locally grown hops.

On Friday, Swan Brewing in Lakeland introduced Gator Pale Ale to the world.

"It is the number-one beer we had all weekend," said Dan Thumberg, founder of Swan Brewing. "It was very well received."

Unlike most other craft beers, Gator Pale Ale is made from hops grown in Florida. Wimauma is where these savory buds were grown. 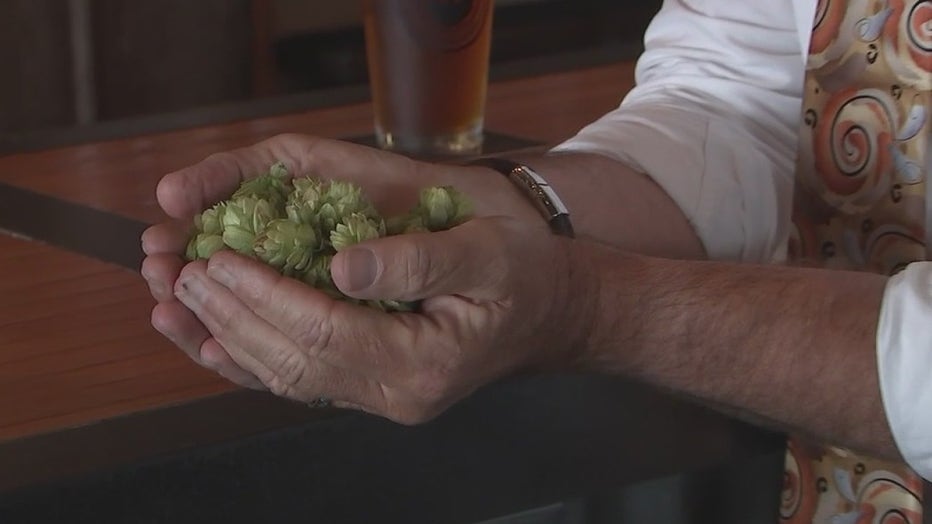 "With these [University of Florida] hops, we get a big burst of melon, honeydew and cantaloupe," said Justin Spangler, the brewmaster at Swan Brewing. "Then at the back you get that little pop of citrus in there."

If you can brew it, Magnanimous Brewing will

Coffee and beer are two things people love to brew. It's also the concept behind a new Florida Avenue taproom called Magnanimous.

Scientists at UF's Gulf Coast Research and Education Center are trying to produce hops that can be grown under Florida conditions.

Most hops are grown in the Pacific Northwest. For hops to grow well, they need more daylight than what we experience here. So UF researchers attached LED lights that turn on at night to the top of their growing poles to imitate daylight. 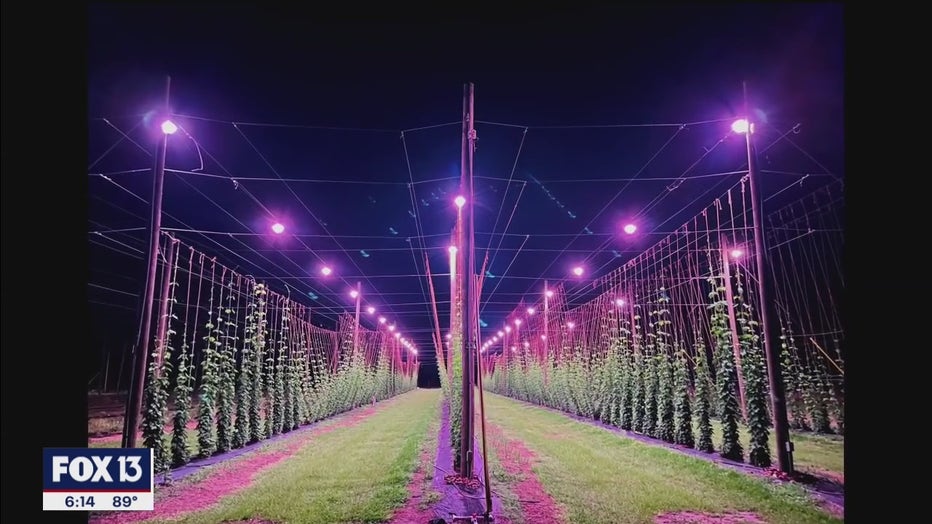 Even though the project is still in an experimental stage, it appears to be working.

"If we really get this hop down, I think it is going to change the landscape of the brewing industry in the state of Florida," added Thumberg.

A Bradenton brewery that was hurt by red tide is giving spent grain to researchers from Mote Marine to see if it can destroy the algae bloom.