Six students confirmed positive for COVID-19 on first day back

TAMPA, Fla. - The first week of school for Hillsborough County students started online, but Monday, about half of the school district's students returned to brick-and-mortar classrooms.

The district set up a new online dashboard to help parents track COVID-19 cases, and just in time, as six students have already tested positive, according to the district.

According to a district spokesperson at least two students had been tested for COVID-19 because they were either symptomatic or were asymptomatic but had been exposed. They were sent to school anyway and then the positive test results came back while they were there.

That's why the district is reminding parents to please keep kids home if they seem sick or have been exposed. 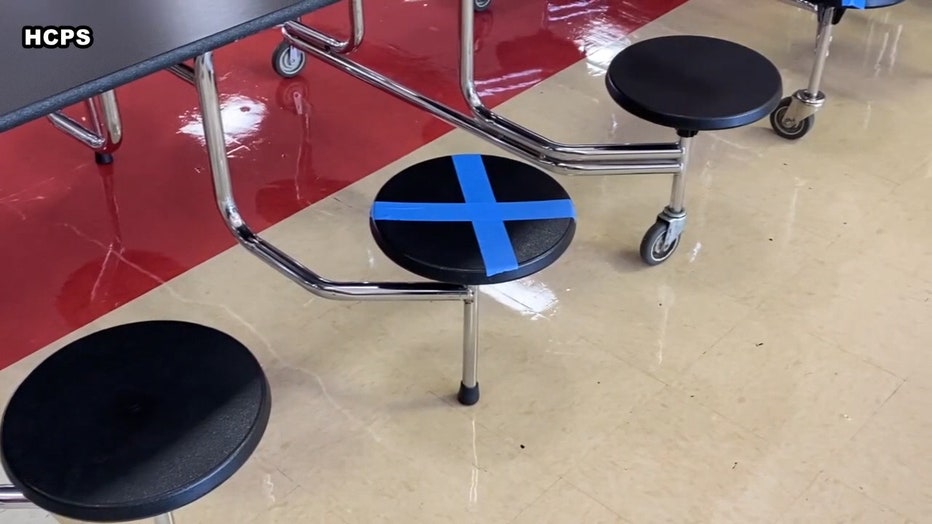 About 100,000 students -- roughly half of those enrolled -- returned for the first time in nearly six months. Masks are required for everyone on school campuses, and water bottles must be brought from home because drinking fountains have been shut off. Also, social distancing policies are being strictly enforced, according to Hillsborough County school officials.

One time when students will get a break from their masks will be for lunch, meaning cafeterias will be an area of particular focus for school administrators.

Hillsborough students head back to the classroom

All Hillsborough students and teachers were able to familiarize themselves with online learning last week as the district began the school year from at a distance. It’s something everyone will need to be comfortable with just in case an exposure on campus ends up closing classrooms and students have to quarantine.

The first day of in-person lessons comes after a roller-coaster week following a lawsuit against the state. The Florida Education Association challenged the state's executive order filed on July 6, which required all schools to reopen by the end of the month.

But lawyers representing Gov. Ron DeSantis, Corcoran and state education officials, who were defendants in the case, maintain that the Constitution also requires the state to provide “high-quality education” to Florida schoolchildren.

One day after the ruling, the majority of Hillsborough County School Board voted during an last-minute emergency hearing to stick with the current plan, which called for reopening schools Monday.

Previously, during a school board meeting on August 6, board members voted to have four weeks of online learning. However, after Corcoran told Hillsborough school officials they would lose funding if they did not reopen classrooms in August, Davis announced the county will follow the state’s mandate and reopen schools to students who want to return on August 31.

The lawsuit over the state's reopening order is in the appeals process. The Hillsborough County School Board's attorney said the case will likely end up in front of the state's Supreme Court.

Meanwhile, the district's COVID-19 dashboard will show the total number of reported cases to Hillsborough County Public Schools since July 31, which is when teachers reported back to work.

The dashboard will be updated automatically every two hours from 7 a.m.through 7 p.m., seven days a week. Schools impacted by COVID-19 cases are listed,along with the number of employees and students.

LINK: The dashboard can be found at: https://hillsboroughschools.org/reopening/dashboard