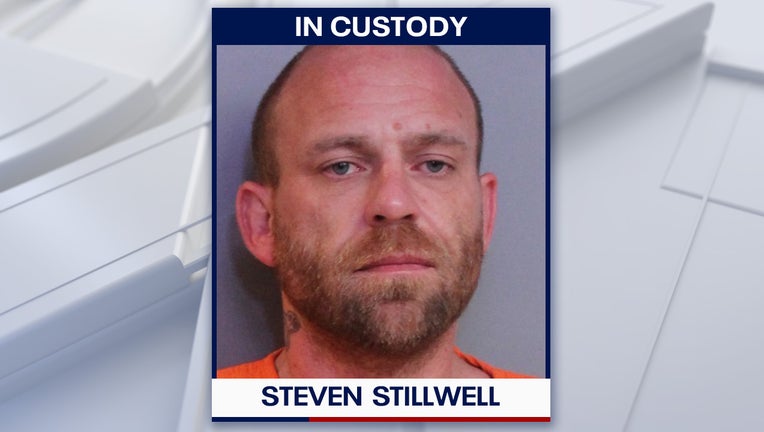 LAKELAND, Fla. - Deputies are investigating after they say a homeowner in Lakeland shot an intruder as he broke in through the back door of his house.

The Polk County Sheriff's Office said the break-in happened just before 1 p.m. Wednesday at a home near Gibsonia-Galloway Road.

According to investigators, the suspect -- later identified as 42-year-old Steven Stillwell -- threw a flower pot through the glass back door and forced his way into the house.

That's when the homeowner said he shot the suspect three times.

RELATED: Suspect calls for help after fleeing Polk County deputy who shot him during struggle

The sheriff's office said the homeowner immediately turned his firearm over to deputies once they arrived.

Deputies began providing first aid to Stillwell, who they said was lying on the floor of the living room. Polk County Fire Rescue then transported him to the hospital, where he is in critical but stable condition, according to PCSO.

"He's lucky to be alive," Sheriff Grady Judd said. "Only Santa Claus gets to come into your house, and Santa Claus is invited."

Detectives said they found Stillwell's shotgun in the backyard, and accessed video from the home that showed the suspect running from a gate in the backyard to the home's back porch.

In the porch area, they noted a set of French glass doors leading into the living room, and said one of the doors had been shattered from the outside.

RELATED: ‘I think we’ve got the wrong house’: 1 arrested, 3 on the run after holding 2 adults, 5 kids at gunpoint

"The castle doctrine is very clear in Florida law. A person’s home is his refuge. The evidence in this case at this point indicates that the suspect illegally forced his way into the home," Judd said. "The homeowner did exactly what he had a right to do."

The sheriff said he commended the homeowner for protecting himself and defending his home.

"I tell folks to get a gun, learn how to use it safely, and load it," Judd said. "You can dial 9-1-1 all day long, but when that guy's coming through the back door on you, we can't get there in time."

The sheriff's office said the shooting is still under investigation, and criminal charges are pending against Stillwell.

According to PCSO, the suspect has an extensive arrest history, with 14 felonies and five misdemeanors, including multiple burglaries and larcenies, DUI, drug possession, dealing in stolen property, fraud, possession of drug paraphernalia, and possession of a weapon/ammunition by a convicted felon. He also has 11 re-arrest charges, with multiple violations of probation.