MULBERRY, Fla. - Polk County deputies arrested a man who, they say, was illegally in the U.S. and fled from a crash that killed a 5-year-old girl.

On Saturday, deputies arrested 32-year-old Ernesto Lopez Morales, who is from Guatemala. The crash occurred just before 8:30 p.m. that night. 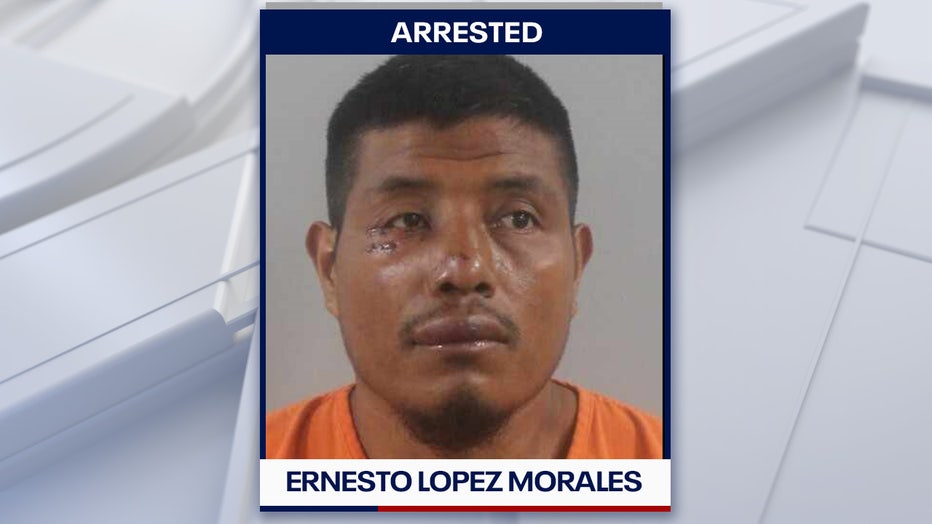 Investigators said Morales was speeding in a black 2005 Chevrolet Suburban while heading west on State Road 60 in Mulberry. They said the vehicle had no headlights on.

Morales crashed into the rear of a 2016 gray Hyundai Elantra, driven by a Plant City woman, according to the sheriff’s office. The Hyundai was pushed more than 600 feet.

Following the impact, both vehicles came to a final rest in an eastbound lane, near the Espo Drive intersection.

When first responders arrived, they said the 5-year-old was dead at the scene. She was sitting in the backseat of the Elantra. The Plant City woman was taken to a hospital with non-life-threatening injuries.

According to officials, paramedics and other witnesses said Morales ran away from the scene before deputies arrived.

During a search, deputies said they found Morales in a home he was residing but didn't specify the location. In an interview, they said Morales told them he drank six 32-ounce beers before leaving his home to purchase more beer.

"He admitted to not turning on his headlights and fleeing from the crash location," according to a news release from the sheriff’s office. "He also told deputies he left the crash because he doesn’t have insurance or a driver’s license."

They received a warrant for a blood test, which showed that Morales had a blood alcohol level of 0.108. The legal limit in Florida is 0.08.

"Morales has no regard for the law or human life, and we are going to do everything possible to hold him accountable," Sheriff Grady Judd said in a statement. "If he had been in Guatemala and not in the United States illegally, this beautiful little girl would still be alive today."