Pointing to a need to minimize the amount of time students are removed from in-person learning, the Florida Department of Health issued a revised rule that gives parents more authority to decide whether children go to school after being exposed to COVID.

TALLAHASSEE, Fla. - Continuing to pressure school districts over their handling of COVID-19, the State Board of Education has scheduled a meeting next week to look at whether 11 districts have complied with rules aimed at preventing student mask mandates.

The board will meet Oct. 7 and focus on the school districts in Alachua, Brevard, Broward, Duval, Hillsborough, Indian River, Leon, Miami-Dade, Orange, Palm Beach and Sarasota counties, according to a notice published Wednesday in the Florida Administrative Register.

Those districts balked at a rule issued Aug. 6 by the Florida Department of Health that was designed to allow parents to decide whether their children wear masks in school during the pandemic. School boards in five counties --- Miami-Dade, Broward, Orange, Alachua and Leon --- filed legal challenges against the Department of Health rule.

But as Administrative Law Judge Brian Newman prepared last week to hold a hearing in the legal challenges, the Department of Health issued a revised rule that, in part, tried to eliminate potential wiggle room for districts on mask requirements. The revised rule also gave parents more authority to decide whether children go to school after being exposed to people who have COVID-19.

The revision short-circuited the legal challenges to the initial version of the Department of Health rule, which was an outgrowth of a July 30 executive order issued by Gov. Ron DeSantis.

The notice for next week’s State Board of Education meeting said officials will look at the districts’ compliance with the initial and revised rules. Education Commissioner Richard Corcoran is expected to report findings of "probable cause" about whether districts have complied.

The initial and revised rules were aimed at allowing parents to "opt out" their children from school mask requirements. But some districts required parents to submit documented medical reasons for children to be exempted from wearing masks --- a move that Corcoran said violated the state direction.

The revised Department of Health rule, issued Sept. 22, included a change that targeted the districts requiring such medical documentation. That change said opting out of mask requirements is "at the parent or legal guardian’s sole discretion." 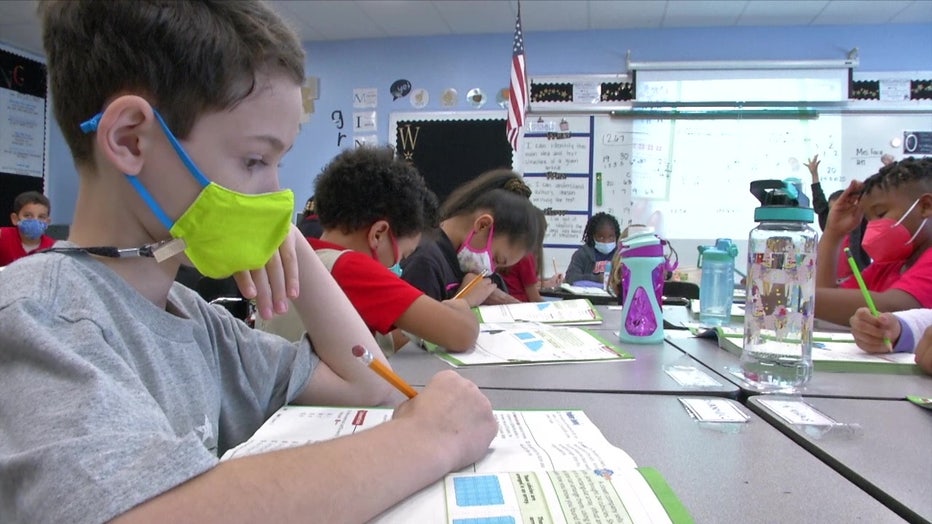 But after the change, at least some districts have refused to reverse their stances. For example, Leon County Superintendent Rocky Hanna said Monday his district plans to keep in place through October its mask requirement, which allows exceptions only for medical reasons.

Similarly, Alachua County said last week it planned to keep its student mask requirement regardless of the updated rule. Also, The Florida Times-Union reported Tuesday that the Duval County School Board directed its general counsel to look at filing a legal challenge to the new rule.

In contrast, Sarasota County school officials announced Sunday the district is reverting to a mask-optional policy for students, citing a decline in local COVID-19 cases.

To enforce the Department of Health rules, Corcoran has said the state would withhold district money in amounts equal to school-board member salaries. But the U.S. Department of Education has stepped in and funneled money to Alachua and Broward counties to make up money withheld by the state.

In challenging the initial version of the rule at the state Division of Administrative Hearings, the five districts contended the Department of Health overstepped its legal authority and that the rule was "arbitrary and capricious" and went against the department’s role in preventing the spread of diseases.

As of Wednesday morning, the state Division of Administrative Hearings website did not show challenges filed against the revised rule.