TAMPA, Fla. - The Hillsborough County School District has avoided a state takeover thanks in part to a large influx of cash from the federal government.

Just days before the state’s deadline, superintendent Addison Davis announced Monday that the district is receiving $100-million in federal COVID relief money that can be used to stabilize the budget and avoid a state financial takeover.

By law, three percent of the district's budget needs to be in its reserves. If that number dips below two percent -- as was the case in Hillsborough -- the district could go into state receivership, which is a financial takeover by the Department of Education. 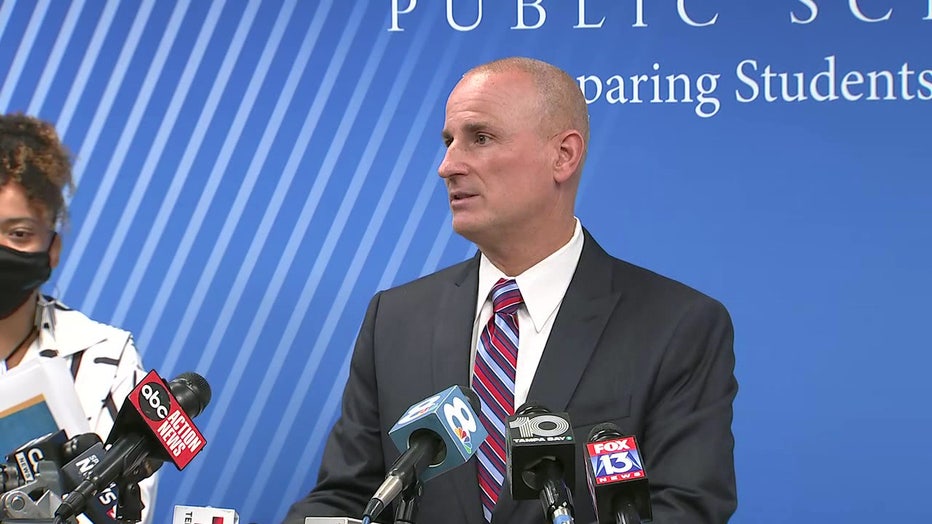 At one point, the district needed about $65 million to hit that two-percent mark. Through some financial maneuvers like furloughs, job transfers, and reduced expenditures, the district was able to lower than number to $10-million.

PREVIOUS: Hillsborough County schools could be out of money by end of June, superintendent says

That's where the federal COVID relief money is coming into play. The district is planning to use about $25-million of those funds to get all the way back up to three-percent and come into compliance with state law, while also avoiding a financial takeover.

The clock was ticking for the district to come up with solution to its budget deficit which, at one point, exceeded $100-million.  Last month, Florida education commissioner Richard Corcoran gave the school board and superintendent until May 12 -- this Wednesday -- to figure out how to fix the financial crisis, which has been building for about a decade.

Davis says he's been working on solving this problem since he took over in March of 2020.  Since the fall, 1,500 positions have been cut since, mostly through attrition and retirements. Nearly 100 teachers were laid off.

Davis says the focus now has to be finding a long-term solution and recurring revenue stream to make sure this doesn't happen again. He says increased funding from the state would go a long way to that end.