The Manatee County Sheriff's Office says a female suspect in a stolen car plowed into a deputy, causing her to fly onto the hood of the car before she hit the pavement. The deputy was hospitalized and is recovering.

BRADENTON, Fla. - A woman faces multiple charges after investigators say she stole a car and fled from deputies before hitting a deputy with the vehicle.

The Manatee County Sheriff's Office said it happened Wednesday after deputies found a stolen vehicle but the driver managed to get away after being involved in a traffic crash.

"She doesn’t care about anyone but herself. Every time we tried to pull her over, she’d drive erratically and do what she could to get out of here," said Sheriff Rick Wells.

The sheriff's helicopter later relocated the stolen white Ford Taurus in a parking lot at 30th Ave East and 1st Street in Bradenton.

RELATED: Man accused of murder 9 months after getting out of prison for manslaughter denied bond

As deputies moved in to arrest the suspect, investigators said the driver, later identified as 23-year-old Katarina Vanfossen, attempted to get away -- only to be blocked by a deputy's patrol vehicle. 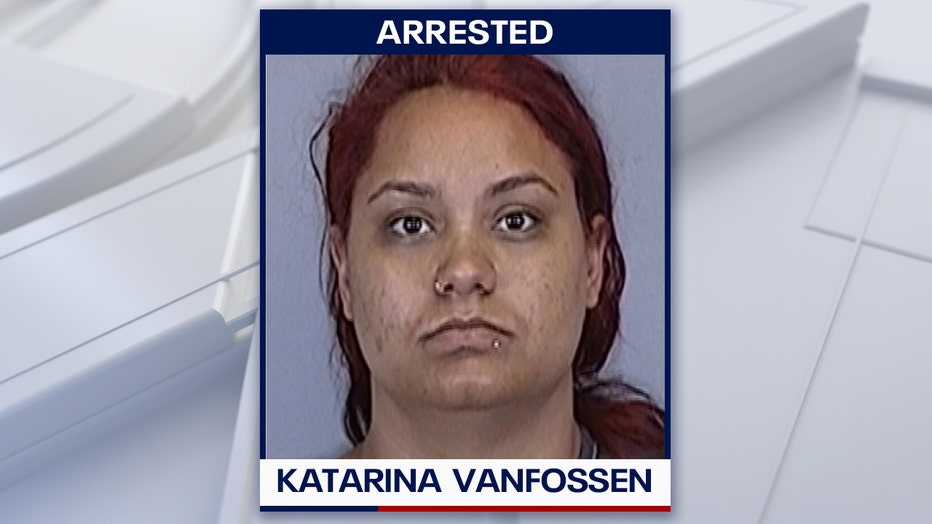 Vanfossen put the car in reverse, at which point the deputy got out of her patrol car and gave verbal commands.

"The suspect accelerated and tried to ram through a very small spot, something that was never going to happen. It happened so quick that she didn’t even have time to neutralize the threat. She was justified to shoot at that suspect, I wish that she would have been able to, but she didn’t have time," said Sheriff Wells.

Video showed Vanfossen getting out of the vehicle as other deputies surrounded her and arrested her.

The deputy suffered various injuries and was transported to an area hospital. The sheriff's office said she is in good condition and is expected to be released on Thursday.

Sheriff Wells has seen a lot in his career in law enforcement.

After witnessing violence towards officers nationwide including the death of Hillsborough Corporal Brian LaVigne, he said enough is enough.

RELATED: Community mourns loss of Hillsborough deputy – one shift away from retirement – who was killed on-duty

He said his deputy will recover in time, but she's able to go home to her family.

"It could have been a lot worse. I was just grateful she was not seriously, seriously injured," said Sheriff Wells.

Vanfossen is charged with second-degree attempted murder of a law enforcement officer, motor vehicle theft, fleeing to elude and leaving the scene of a crash.