TAMPA, Fla. - One game into his Buccaneers career, the Tom Brady talk has turned from Super Bowl expectations to demise. Coach Bruce Arians has heard it, too, and said he just has to laugh.

“I was amused when they handed us the Lombardi trophy in July," laughed Arians. "It’s part of the business. You go with it and it’s one week at a time [and] one day at a time. We win a few games in a row and everybody will be back on the bandwagon [and] happy. It’s just part of the game. If we lose this week, the world will come to an end.”

Arians has taken some shots after blaming Brady for two interceptions.

Hall of Famer Brett Farve said on SiriusXM NFL Radio, “I think the last person you want to call out after the first game of the year is Tom Brady. If they have that truce, great. If not, I think you are barking up the wrong tree."

Arians says, “Tom and I are fine, so I don’t really care what other people think... It’s just what he and I think. We left the stadium fine [and] we showed up today fine, so there [is] nothing to talk about.” 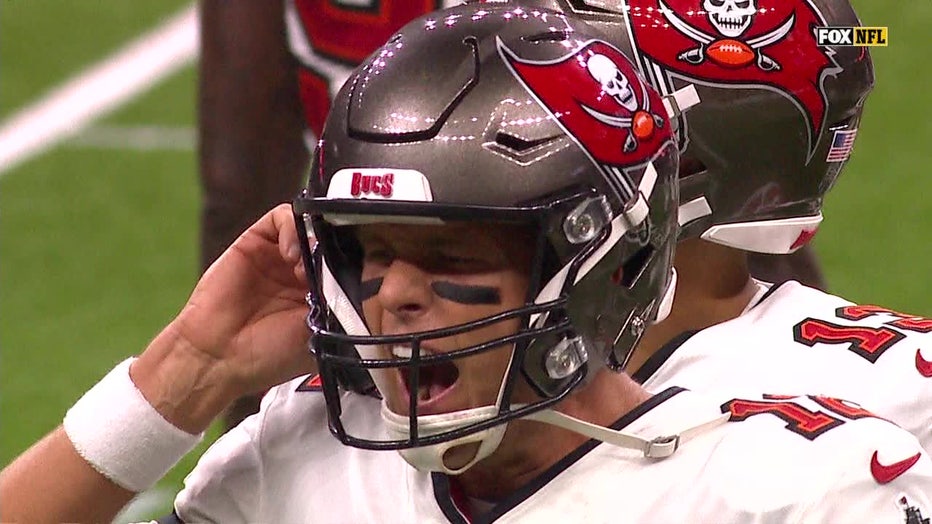 Interceptions were the Bucs' biggest problems last year, but could the root of the issue be learning Arians' system?

Arians has coached five No.1 overall picks: Jameis Winston, Carson Palmer, Andrew Luck, Tim Couch and Peyton Manning. All of them had career-high picks their first year under his leadership.

“Option routes do take time to develop, whether you’re reading coverage on the run – the quarterback and the receiver together – those things take time," said Arians. "There was a few of those in the ballgame, but not many.”

Poor communication between Brady and his receivers is a problem that the Bucs are working to correct.

Scotty Miller, who is in his second year with the Bucs, admits learning Arians' route options had his head spinning at times last year.

"On certain routes, we'll have like two or three different options," said Miller. "It's based on what the defense is giving us."

We'll see Sunday if the opener was an aberration or a trend.