The view from SkyFOX as the Tampa Bay Buccaneers sail through downtown Tampa to celebrate their Super Bowl championship.

TAMPA, Fla. - Excited. Humble. Hungry. Those were the words the GOAT used to describe the moment he became a Tampa Bay Buccaneer one year ago.

Just days after the pandemic was made official and Florida began closing businesses, one story became a welcomed distraction for Tampa Bay fans: Tom Brady signed with the Buccaneers on March 20, 2020.

A bigger distraction took place in February when the Buccaneers became the first team to win a Super Bowl in their home stadium.

Before Brady and the team made the announcement, rumors were swirling that the Bucs were going to make an offer the quarterback couldn't refuse. Days before it was made official, demand for season tickets spiked.

It's been quite the whirlwind in "Tompa Bay," ever since.

Because of the pandemic, Brady didn't receive a traditional introduction to Tampa Bay. Instead, the team introduced him via a video conference call, during which he explained that his decision to leave the New England Patriots came after some deep thought and research.

"I’m not going to make predictions on how the next couple of months are going to go and I don’t really know what’s going to happen," Brady said at the time.

The NFL offseason started like no other with no in-person training, but after months of teasing fans, the Bucs used the time to unveil new uniform combinations inspired by the set the team wore when they won their first Super Bowl in 2002.

"We are excited to return to our classic Super Bowl era uniforms," Ed Glazer, the team's owner and CEO, said in a statement following the reveal.

Little did they know, history would repeat itself. 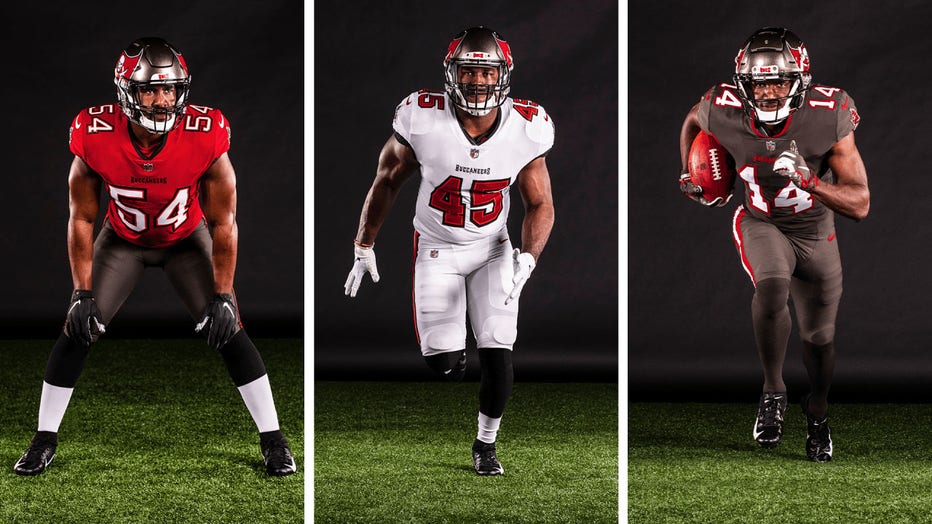 It wouldn't be until the following month when the Bucs showed their quarterback in red, pewter, and white colors. 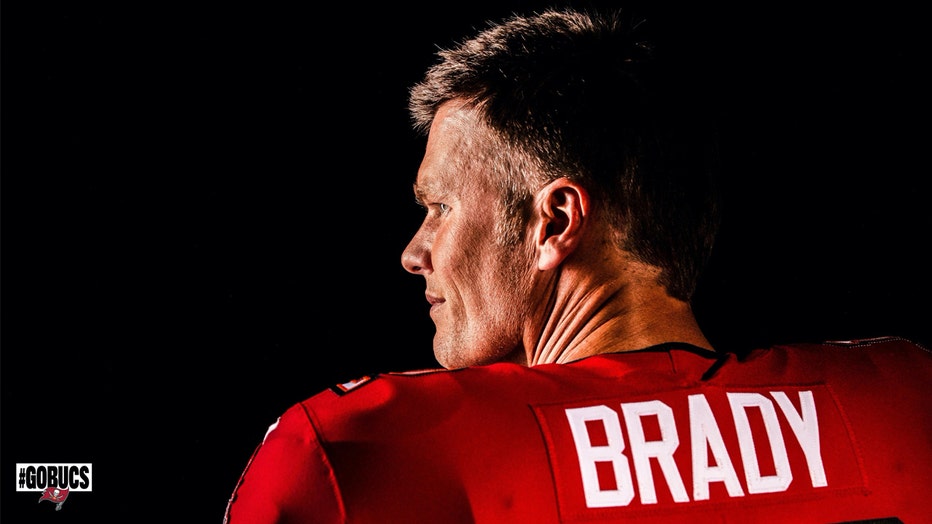 In the same month, Rob Gronkowski announced he will come out of retirement and return to the NFL as a Buccaneer to play alongside Brady. He had initially retired from the league in March 2019, citing injuries, and signed with the WWE.

It turned out, he was "not totally done" with football, Gronkowski said last year. 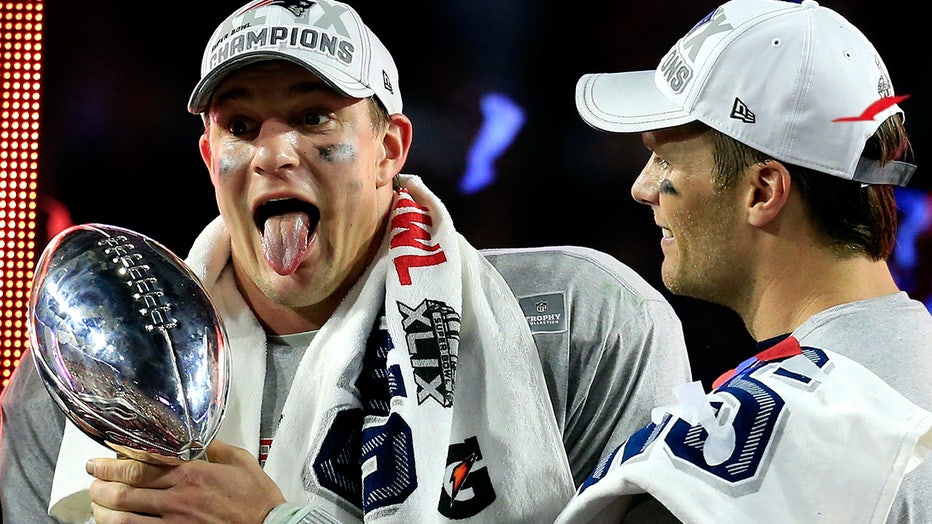 GLENDALE, AZ - FEBRUARY 01: Rob Gronkowski #87 (L) and Tom Brady #12 of the New England Patriots celebrate while holding up the Vince Lombardi Trophy after defeating the Seattle Seahawks during Super Bowl XLIX at University of Phoenix Stadium on Febr

RELATED: Chris Gronkowski on brothers, sharks, and growing up Gronk

Around that time, Tampa Mayor Jane Castor dropped some news that the city's newest resident, Brady, was caught working out in a city park that was closed at the time due to COVID-19 regulations.

She wanted to make it clear that he was sighted, not cited.

It wasn't the only notable moment during Brady's early days as a Buc. He also accidentally broke into someone's house.

An unusual encounter with Tom Brady

It's not every day that someone breaks into your house. &nbsp;It is even weirder when that intruder is NFL legend and future hall-of-famer Tom Brady.&nbsp;

It was a minute-and-a-half encounter that David Kramer would never forget. To this day, he still retells the tale.

Back in April, the NFL legend joked on Twitter saying, "Trespassing in parks, breaking and entering... Just making myself at home in Tompa Bay!"

In July, the NFL said there will be no preseason games. Meanwhile, Brady and the team began training camp.

In August, they hit the field for the first time in full pads.

In September, the Bucs opened its season with a loss, 34-23, against the New Orleans Saints, and in the games that followed, the team showed it was still a work in progress.

Between Week 1 and Week 12, they lost six games, ending with a 24-27 loss to the Kansas City Chiefs. Clearly, the team's bye week gave them enough time to reflect.

After that, they didn't lose a game:

‘Kid Wit’: Elementary students give their thoughts on the Bucs, Super Bowl

Kids can say the silliest things, especially when they are talking about the Bucs and the Super Bowl.

After their NFC championship win against the Green Bay Packers, the Bucs made history as the first team to play the Super Bowl in their home stadium.

Then, of course, they made history again with their Super Bowl win against the Chiefs as the first NFL team to win it all in their home stadium.

READ: A look back at the Buccaneers’ impressive run to Super Bowl title

Brady and the Bucs became the first team to beat three former Super Bowl MVP quarterbacks on the way to the title, defeating Drew Brees, Aaron Rodgers and Patrick Mahomes in successive games.

Tampa Bay became the seventh wild-card team to win it all and the first since the 2010 Green Bay Packers. The Bucs were the first team to win four playoff games on the way to the title since AFC North champion Baltimore did it eight years ago.

Bucs QB Tom Brady threw yet another perfect pass -- but this time, it was the Lombardi Trophy that he tossed to teammates in another boat in the middle of the team's Super Bowl victory parade along the Hillsborough River.

In true Tampa fashion, the city held a boat parade to celebrate the historic win. That's when Brady famously tossed the Lombardi trophy from his boat to another.

Last week, Brady signed a one-year contract extension with Tampa Bay, meaning he will stick around for the 2022 season.

What a time to be a Buccaneer.