Could red tide return this winter?

TAMPA, Fla. - Hundreds of tons of marine life were killed by toxic red tide blooms that spread throughout Bay Area waterways between May and September.

Anglers feared Tampa Bay and areas of the gulf would become a dead zone. Fortunately, that did not come to fruition.

"Tampa Bay was truly a mess and we had dead stuff floating all over the place, as an angler I would have not wanted to go fishing at that time, it has subsequently abated and there’s no reason why people shouldn’t be fishing now," said Dr. Robert Weisberg, a physical oceanography professor at the University of South Florida.

FAQ: What is Florida's red tide, and where does it come from?

Even though the toxic algae blooms have dissipated, for now, Dr. Weisberg says there’s still a chance for them to return over the next few months. He says a typical red tide season is from October to December but that can fluctuate annually.

"We tend to see red tide in fall through winter months and there’s a reason for that it has nothing to do with temperature it really has more to do with the movement of the water and how material that is in the adjacent ocean gets moved either towards the shore or away from the shore," Dr. Weisberg said.

He says more research needs to be done to really figure out what can stop red tide. Researchers say there are ways to prevent algae blooms from getting out of control even though it’s a naturally occurring organism. 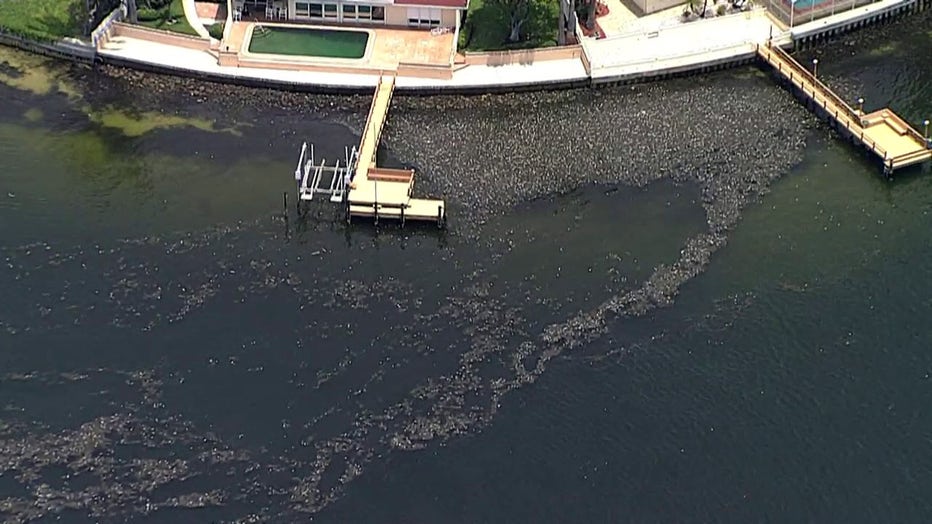 Dr. Weisberg says the situation over the summer was a man-made problem because of the Piney Point spill back in April.

"We should stop dumping stuff into Tampa Bay when we don’t have to and I think Piney Point is something that did not have to happen," said Dr. Weisberg.  "You can pretty much bet that if we don’t physically retire that defunct phosphate stack then we will see this again and we can avoid that so we should."