There's an unusual mortality event according to Dr. Melissa Nau at ZooTampa because of the record number of Manatee deaths. Officials are investigating the issue but one of the potential causes is red tide.

TAMPA, Fla. - A manatee is recovering at ZooTampa after she was impacted by red tide, according to animal care staff.

Officials did not specify what symptoms the manatee was experiencing but said she was rescued Monday near Sarasota by Florida Fish and Wildlife officers. They said the female manatee will be monitored for the first 24 hours after its arrival with "assisted respiration."

"Red tide is caused by a species of algae that secretes a toxin that affects the nervous system," according to ZooTampa. "When ingested, it can cause seizures and paralysis in manatees who can drown because they cannot rise to the surface to breathe."

The female manatee arrived during a year when Florida is experiencing a record-breaking number of manatee deaths all while red tide continues to affect the west coastline. She is the 23rd patient this year to be treated at the zoo’s critical care center.

This week, FWC will meet. On the agenda is a presentation on the latest data on the manatee deaths this year. Staff will outline "future efforts to respond to similar events and work with partners to enhance manatee habitat." 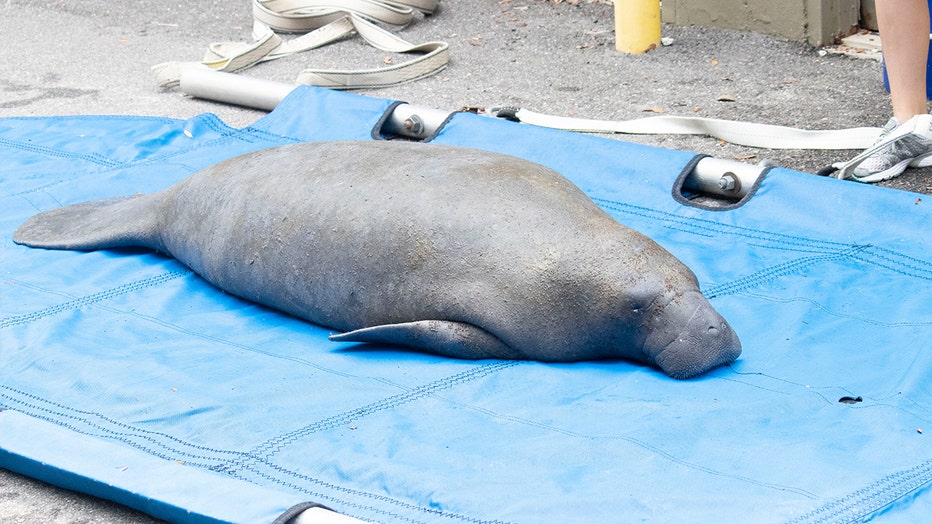 At least 841 manatees have already died this year, surpassing the previous annual record of 830, set back in 2013. More than half of those deaths happened in Indian River Lagoon – where, FWC says, water quality problems are killing seagrass, which manatees eat.

We don’t see dead fish near the mouth of the Alafia River as we did a month ago. But there’s a lot of frustration among fishermen who say the bay remains damaged.

MORE: Skeptical fishermen worry about future of the bay -- and their livelihoods

Closer to home, 68 sea cows have died in the waters in the Tampa Bay region. According to the FWC, most of them have been due to boat strikes or red tide.