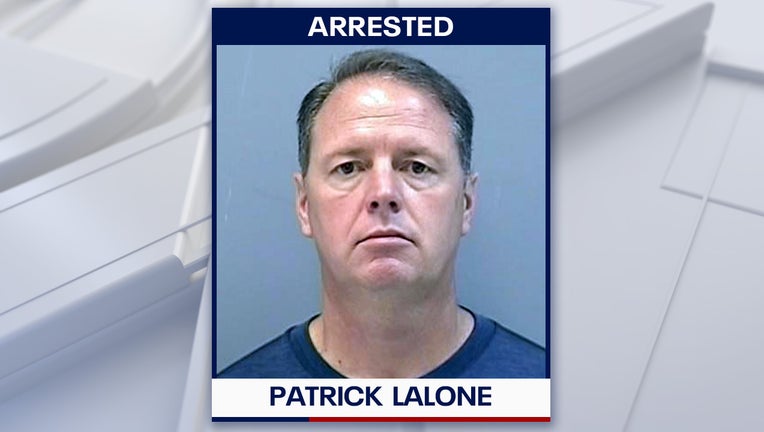 According to the Hillsborough County Sheriff's Office, Patrick Lalone was the principal of Davis Elementary School at the time of the incident in question in May 2021.

Investigators said Lalone was shown video from a classroom where a teacher and 8-year-old student were raising their voices at one another, with the child sitting in a chair and the teacher standing in front of the child's desk.

The video showed the teacher "aggressively shoving" the desk into the victim, "at which time he cries out in pain," the report said.

RELATED: Proposal could lead to cameras in Florida classrooms

The child had said in an interview that he was hurt in his left hand and hip, according to the affidavit.

Deputies said that, after Lalone watched the video and spoke with a witness, he contacted Hillsborough County Public Schools Professional Standards instead of the Abuse Hotline. The incident was depicted as "verbal only" and Lalone said he would give the teacher a written reprimand.

However, Professional Standards was later provided with the classroom video, and noted that it was not "verbal only."

They then contacted both the teacher in question and Lalone, and disciplined both.

A new proposal would put video cameras in Florida classrooms and require teachers to wear microphones so that parents of students involved in incidents of alleged abuse to see what happened.

Investigators said Lalone still did not contact the abuse hotline until ordered to do so by Hillsborough County Public Schools. But once he did, his report indicated the victim did not sustain any injury and that the teacher did not intend to harm the child.

The affidavit said Lalone never told the victim's parent about the incident.

Authorities said they informed the parent about the incident three months later on August 13, 2021.

Three days later on August 16, the witness to the initial incident gave investigators information about reports of additional inappropriate behaviors, both verbal and physical, by the same teacher -- and said Lalone never addressed those reports.

The witness told deputies that on one occasion, Lalone had gone into the classroom and a student in the class told him the teacher hits him. The witness said Lalone did not speak to the student that made the allegation or investigated the incident, but said he "sarcastically responded" to the child.

"The defendant acknowledged he is a mandatory reporter," the affidavit stated. "This hindered the possibility of a proper investigation by law enforcement."

Lalone was arrested and charged with failure to report child abuse, which is a felony. He was released on bond.