Traffic crash victims walked along the roadways of Treasure Island and St. Pete for World Day of Remembrance.

ST. PETERSBURG, Fla. - For the first time in Pinellas County, traffic crash victims and advocates walked along roads in Treasure Island and St. Petersburg for World Day of Remembrance, urging drivers to watch for those along the roadways.

Holding signs with strong messages to drivers like, "Don't kill us, please," and "Slow down." Dozens of people walked along Gulf Blvd. in Treasure Island to honor pedestrians and cyclists who lost their lives or survived car crashes. 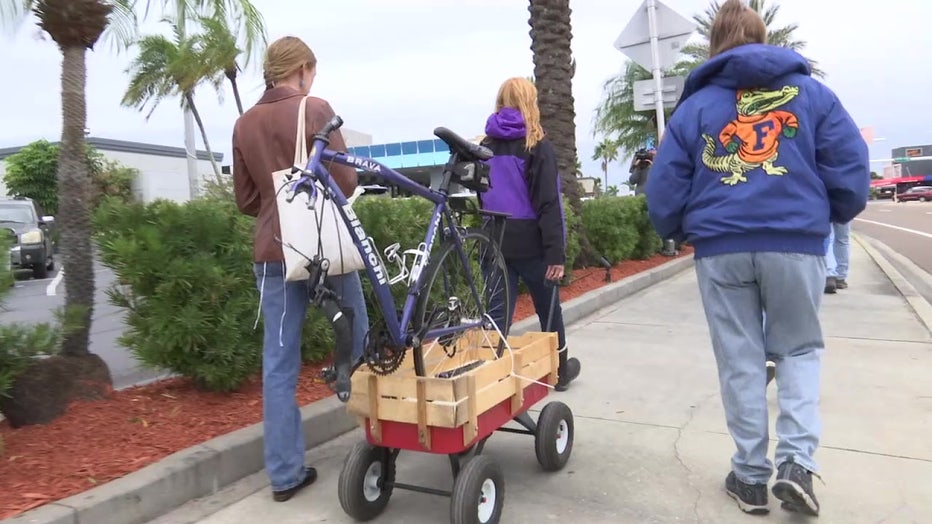 "I was riding my bicycle and was hit by a local garbage truck. That morning changed my life forever," stated event coordinator and crash victim Julie Henning.

On Sunday, Henning wheeled what was left of her bike in a wagon as she traveled along the street. This is the same road she was riding it on two and a half years ago when she was hit. 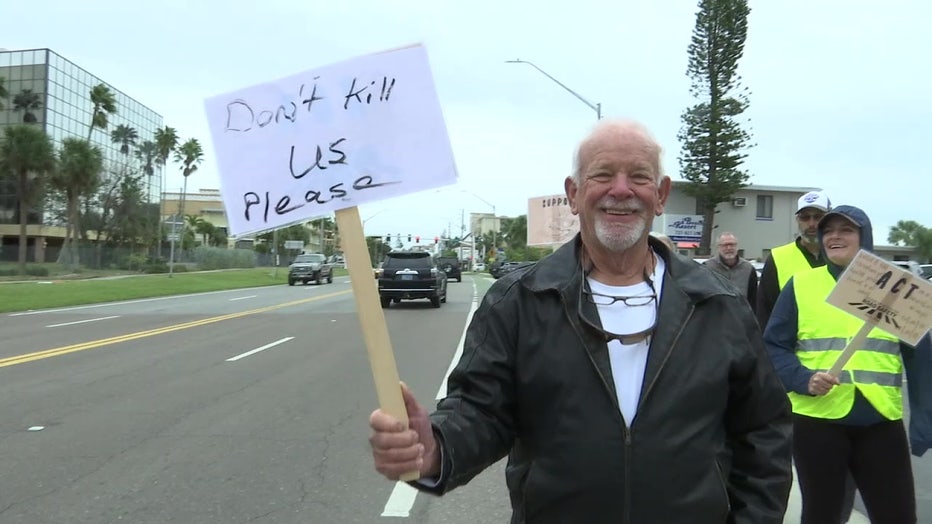 She spent more than a month in the hospital and had a long road to recovery.

"Multiple broken bones, fractured pelvis, traumatic brain injury. When I look at this bicycle it's just so emotional for me. I am so thankful and grateful I’m alive," she said. 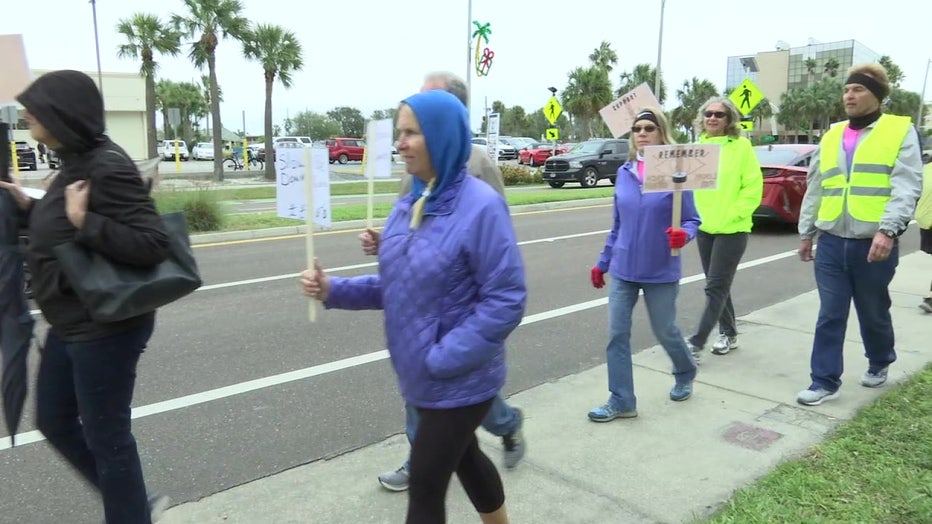 Sunday was the first time traffic crash victims walked to advocate for change in Pinellas County.

Bob Griendling said those same words after recalling the moment he was struck by a driver while riding in St. Pete.

"I shattered my pelvis and my shoulder and had a brain injury and had to have surgery. I’m lucky," Griendling shared.

Other crash victims were not as fortunate.

Matt Croassmun attended the event in honor of his 15-year-old nephew, Ethan Weiser, whose life was cut short in August when he was struck and killed by a car while walking to his bus stop in Clearwater.

A memorial now stands as a way to honor 15-year-old Ethan Weiser’s life and remind drivers to watch for pedestrians along a busy road in Clearwater.

"The residual effects of this is not something that goes away," Croassmun explained. "It's something you try to deal with. You go through it, and in our case, you make the best of it that you can."

According to Forward Pinellas, an average of two people are killed or seriously injured on Pinellas County roads every day. Outside of events like this one, all of these advocates are attending meetings, working with local and state officials, and sending messages to both drivers and pedestrians in hopes of changing that number.

"Regardless of who's at fault, there's just too many," Croassmun stated. Goal 0 is the goal. We want 0 fatalities. We're all busy we're all distracted we all have a lot of places ago; we just need to pay attention and be more aware and hopefully events like this trigger people to be more aware."