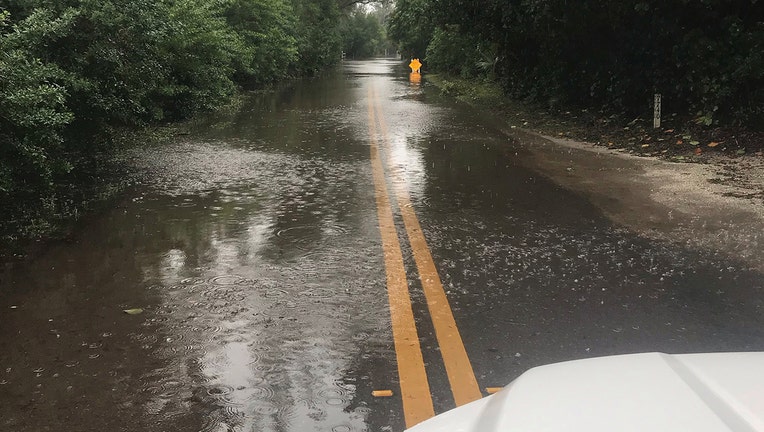 VENICE, Fla. - Wind and heavy rain from Eta, which was downgraded from a Category 1 hurricane to a tropical storm late Wednesday afternoon, caused flooding and damage in coastal counties of the Bay Area Wednesday.

In Sarasota County, wind peeled the roof from a structure in a Venice mobile home park. City officials decided to close the nearby Venice fishing pier.

On Lido Beach, the surf was so rough officials said it was unsafe for swimmers and surfers.

Roads on Manasota Key and Blind Pass Beach were underwater in Charlotte County. 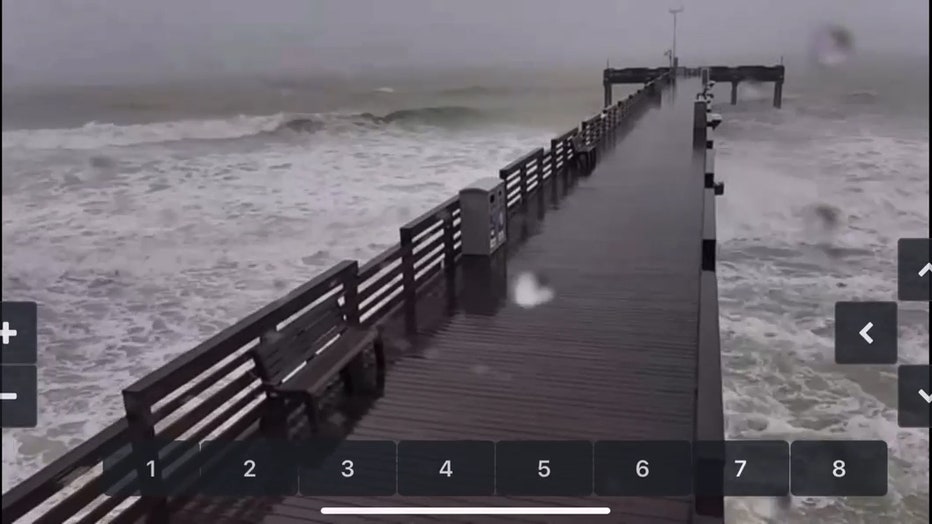 In Pinellas County, localized street flooding had been spotted in the usual trouble spots, including the Shore Acers neighborhood. Officials reminded drivers to go slow and avoid pushing water up into nearby homes.

In Gulfport, streets that back up to Tampa Bay suffered significant flooding as Eta passed just off the coast during high tide.

What appears to be rotating wind was recorded off Belleair Beach, but officials have not confirmed if the incident was a tornado. No damage was reported in association with the incident.

As Eta moved north and east toward the Bay Area, officials in Hernando, Pasco, and Citrus counties said they expected conditions to deteriorate in similar ways.